As We Forgive Those Who Trespass Against Us 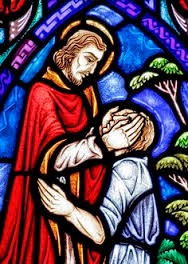 This is a post from my blog in which I show how I discovered a method of forgiveness that really works. You might give this a try if you are having trouble forgiving someone or if you are still in pain from someone else's actions.
I stared at the computer screen. According to Facebook, my eighth grade teacher, Sister Ann (not her real name), had died at the age of 99. Former students posted about what a wonderful teacher she had been, what a sweet person she was.
Which she was—to everybody except me.
In about the fourth grade, I began being bullied by some of the other girls in my class. I couldn’t figure out what had caused this shift in attitude. We were still the same girls as before, weren’t we? Yet, all of a sudden they called me stupid and ugly. Despite my prowess with a basketball, I was always the last chosen for a team—and even then the team captains argued over who had to take me.
Of course my athletic skill had nothing to do with it. It was all about popularity, and it was made abundantly clear that I was at the bottom of the pecking order.That was difficult enough, but in the eighth grade, Sister Ann joined in the bullying.
continue