Showing posts with the label fidelity
Show All 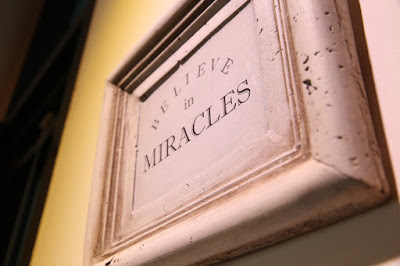 Lent is a time to focus on our discipline of prayer. Here is a prayer story from November, 2015:
After completing my 54 Day Rosary Novena jaunt around the house - I felt compelled to begin another when given a small tattered copy of Rosary Novenas to Our Lady (see image below) by a stranger when I attended a friend's Ultreya to hear her give her testimony.  As one who believes in GODCIDENCES (if you ask me there are no coincidences in life especially in spiritual matters), there was no way I was going to ignore this invitation from Our Blessed Mother to spend another month and half in prayer with her! The grace and blessings as I closed on the first 54 days was truly remarkable!!
One of the most miraculous moments came when I went to my bank on November 30 - prepared to beg for leniency with overdrafts I was sure had been incurred after paying an unexpected HUGE house bill and then a creditor unwilling to hold off on their payment for just a few days, withdraw another large amount. …
Post a comment
Read more

Is it really all in the details? Wisdom from the story of St. Bernadette Soubirous of Lourdes

How we live our interior spiritual lives matters a great deal, right down to the last detail.

I have taken on as my Lenten journey the study of St. Bernadette Soubirious. This journey was inspired by a Facebook post back on February 11 by Father James Martin, SJ. In honor of the Feast of Our Lady of Lourdes he recommended the viewing of "The Song of Bernadette," a critically acclaimed 1943 movie starring Jennifer Jones. He wrote, "The film, based on the book by Franz Werfel actually corresponds very closely to the real-life story of St. Bernadette Soubirous, with only a few exceptions."  ...

I am reading Werfel's book along with a book by Abbé Francis Trochu:

My desire is to get into the interior life of this saint. Bernadette's life was one of fidelity to those small details that make one a saint. 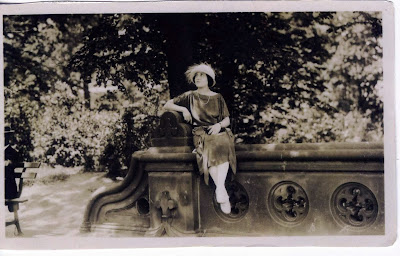 I'm only half-kidding. Australian woman Jodi Rose did in fact marry Le Pont du Diable bridge (also known as the Devil's Bridge) on June 17, 2013. The union was not blessed by a Catholic priest, however. It was blessed instead by the mayor of the neighboring town. For those who are wondering, here are five reasons why the Catholic Church would never have allowed marriage between this woman and this bridge.

1. The bridge never consented.
Ms. Rose took advantage of the bridge's inanimate nature and married it even though the bridge could not possibly express its consent to the marriage. (Catechism, sec. 1626 )
2. The bride never agreed to be faithful.
"He understands that I love other bridges -- and men -- ours is a love that embraces the vagaries of life, as materialised in the swirling currents of the river that flow beneath his magnificent body," stated Ms. Rose on her blog. She clearly refused to pledge herself solely to her spouse. (Catechism, sec. 1646)