Showing posts with the label wealth
Show All 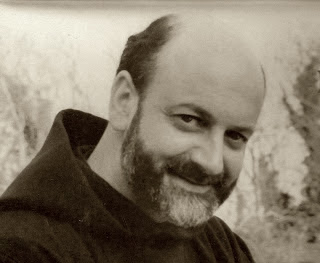 FATHER FRANCIS MAPLE DOES WEALTH BRING CONTENTMENT? Lk. 12:13-21 We can’t live on fresh air. Money plays a large part in all our lives. Most of us have to concern ourselves with earning a living. That concern occupies a sizeable portion of our waking hours. Making ends meet requires careful planning and hard work. We also have to provide for the possibility of accidents and the probability of old age. To ignore such matters is to invite disaster for ourselves and our family. In this world no one can lead a responsible life without giving some time and attention to money. Jesus realised this and so devoted much of His teaching to how we are to cope with money and possessions. In today's Gospel He told the story of a farmer who had accumulated a fortune. His wealth was measured not in money, but in produce. His land had produced such a bountiful harvest that he had to build additional storage space. He had enough to last him for the rest of his life. He coul
Post a comment
Read more 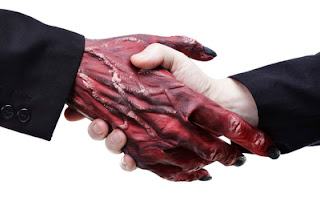 Two different people recently told me to "Go to the Devil" although they didn't realize that was what they did.  One of them suggested that I tell a lie which would benefit them, the other one suggested that I tell a lie that would benefit me.  Each one of them told me in their own way to "Go to the Devil."  The demon is the Father of lies, there is NO truth in him.  When we tell lies, or entice someone to lie for us then we are using the devils tactics and are on his territory.   So congratulations, you have just shaken hands with the Devil and chained yourself to him.   Not only that, but if you have enticed someone to lie and they do it, now you are somewhat responsible for that person being chained also.  Now the demon has TWO prisoners.   How deceptive the demon is!  He not only chains souls with something as flimsy as cobwebs, but convinces them that it is 100lb chain that they and that they can't get free.  He either tells them they can't
2 comments
Read more
More posts