Showing posts with the label being loved
Show All

The Heart of a Lion 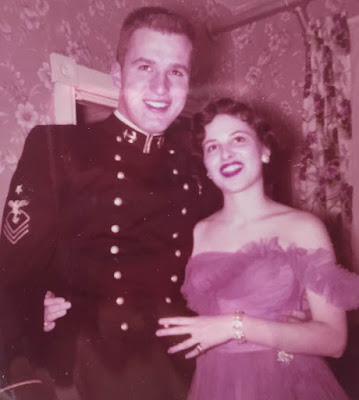 My dad's name was Leon, but to his friends he was "Lee."  And to his "grandthings" he was "BIGFOOT." Always.  He insisted on that.  (If you were lucky enough to know my father, you know that he was a character.) Dad passed away on November 25, 2016, one day shy of his 82nd birthday and about five months after celebrating his 60th wedding anniversary with the love of his life. Mom and Dad on one of their early dates at the Naval Academy in 1955. The end seemed to come quickly and suddenly, and it took our breath away.  But Dad's death was not really unexpected; just a month and a half before, we had gotten the tragic news that after years of blood disorders, frequent trips to the hematologist, and regular transfusions at the cancer center, he had full-blown leukemia.  Without treatment, he had maybe 3-6 months to live; but there was a slim chance that chemotherapy might buy him a year or two.  He chose the chemotherapy route, because as hard
Post a comment
Read more 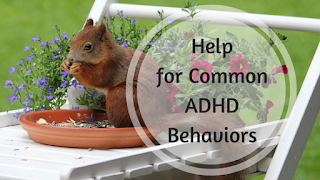 Attention Deficit Disorder with Hyperactivity (ADHD) can present many challenges in completing one's education, holding down a job and maintaining personal relationships. I would know because in the course of my life with ADHD I've struggled in each area.  Although I remained undiagnosed until my early thirties, I am happy to share it is not too late to identify those challenges and make the necessary challenges to not only cope but succeed. My strategy has been to tackle one at a time. This required being brutally honest with myself, seeking the counsel of a trusted friend, and conducting lots of research to formulate a plan for change.  Most importantly, it required a humbling of myself and instead of continuing to blame God for my circumstance, to trust He had a plan for my good in allowing ADHD in my life. Excuse Me Are You Listening? Building meaningful personal relationships can be incredibly difficult when you are so stimulated by your surrounding environ
Post a comment
Read more

And then, there is Love 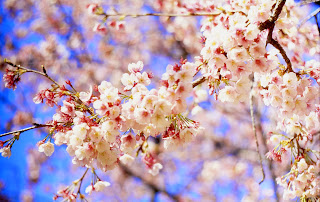 In my life-long journey with God, I v grown from,  innocent faith (inheriting it from mom and grand dad as a child) to teenage liberal-Christianity (when I figured out my own convenient brand of Christianity-meets-new age-secular  theology) to reaching a point where my new-age-theology failed me miserably to seeking to know Him to busying myself with activities for His kingdom to a genuine realization that actually I didn't know the person of God And then, there is love:) Read the complete post at J.A.M.
Post a comment
Read more

"Those who love to be feared, fear to be loved, and they themselves are more afraid than anyone, for whereas other men fear only them, they fear everyone."  St. Francis de Sales We've all come across those who seem to "love to be feared".   Most of the time, we just turn away and ignore their chest thumping.  Sometimes, we want to stand toe-to-toe and let them know what's what; especially when we see injustice. No matter how we decide to react to these persons who cross our path, we should try to remember that behind the bravado is really someone who is fighting a battle from within. Those who "love to be feared" choose to cling to the inclinations that we've all inherited as the result of the fall in the Garden of Eden.  They've developed a deep distrust of the world and have forgotten that it is God who is in charge. They take on the world with an "It's me or them." attitude.  They forget that God's
Post a comment
Read more

If You Drink My Blood, You Will Live Forever: Vampire Edition 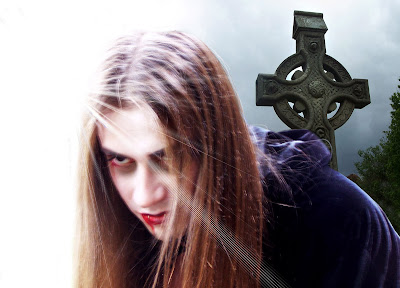 Ever wonder why vampires enjoy such eternal popularity? Let's see. They are immortal. They have supernatural powers. And if you drink their blood, you will live forever. Sound like anybody else you know? The legend of vampires seems like an incredibly twisted version of Jesus and the Eucharist. But it hooks into people's deep longing for immortality. No folk tale, fairy tale, or great work of literature can punch us in the collective gut and grab our attention for centuries unless it bears at least some resemblance to the greatest story ever told. The legend of vampires does this with a vengeance. The dark difference is that drinking a vampire's blood will only give its victim eternal physical life, whereas partaking of the Blood of Christ in the Holy Eucharist will give your soul eternal life in heaven. And drinking a vampire's blood puts you on the fast track to damnation.  A vampire is like an anti-Christ. Read more...
2 comments
Read more

We Stop Beneath the Buckeye Tree

By Amy Secrist - September 18, 2013
The seed pod dropped on the sidewalk and split. I see the ruddy shine through a slit in the spiked orb and wonder at its depth of color, the certain slant of light spent on its creation and its becoming. I hold the sharp husk gingerly between my fingers and thumb and wonder at the satisfaction in prying apart the halves, the silken rip at the pith.  Notions of Autumn’s approach, the colored leaves, the drying bits of grass and flower are upon me.  The death and dormancy that fit beneath the harvest ground conceal a greater thing: Latent energy bursting into fullness, our God blossoming into the son of man ripening into the fullness of his mystery. I am tempted to hold fast the shells and face the blank wall, keep myself hidden within the pointed case and find my way to fullness turned inward.  Yet I strain against the covering, press into the exterior a plain and arching back.  I drop against the ground and split to see a shining depth of light in which death and birth work to
2 comments
Read more
More posts