Showing posts with the label Scruples
Show All

How many good works must we do? 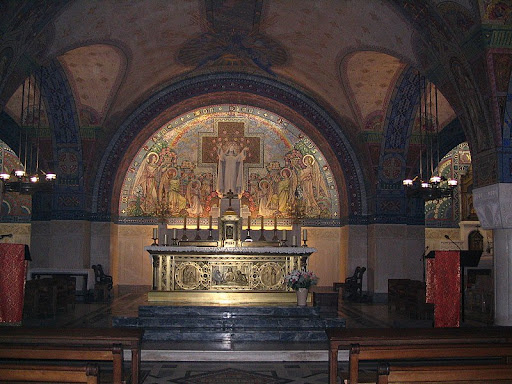 Crypt of the Basilica of St. Therese in Lisieux (Wikipedia). In the thinking of St. Therese, what does it take to be a saint? Therese grew up in a culture influenced by Jansenism. Jansenism was a heresy from the seventeenth century that over-emphasized the role of grace in man’s salvation. It had a long-lasting effect on  the Church in France. In the late nineteenth century, during Therese’s life, the French clergy often preached “fire and brimstone” sermons. They focused on man’s sinfulness and the horrors of Hell. During the school retreat before the first anniversary of her reception of first Communion, Therese was greatly frightened by the priest’s warnings against mortal sin. She was suddenly overcome by scruples. How could she be sure she was on the road to salvation? How could she be sure she was in God’s graces? Maybe she was guilty of mortal sin without acknowledging it. How could she ever be good enough to please God? Continue reading at Contemplative Homeschoo
Post a comment
Read more
More posts