Showing posts with the label : Epiphany
Show All

Celebrating the Courage of the Wise Men 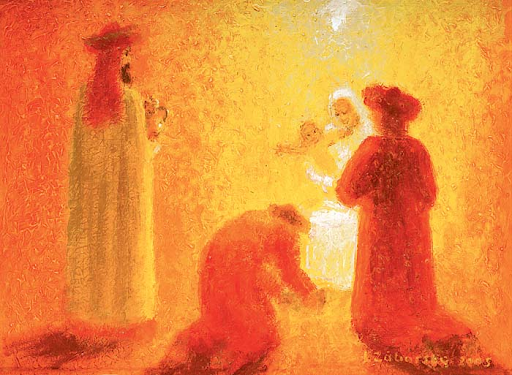 On Epiphany, we ask God to not only shine His light in our hearts but to protect our homes with His light as well.  So, we mark above each doorway with the wise men’s initials plus a sign of the cross and year: 20+C+B+M+16  because tradition tells us the wise men who came to honor Jesus were called Gaspar (or Caspar), Melchior, and Balthasar. The names mean- Master-of-Treasure, King, and Protect-the-King. This tradition dates to the 6th century. continue
Post a comment
Read more 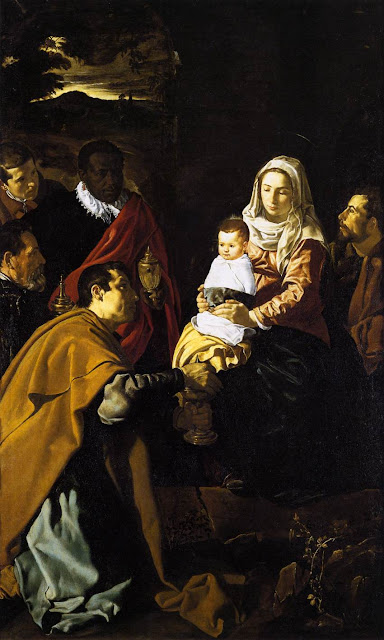 The Adoration of the Magi ,  Velázquez  [ Web Gallery of Art ] Readings for the Solemnity of the Epiphany Readings   (New American Bible: Philippines, USA) Readings   (Jerusalem Bible: Australia, England & Wales, India [optional], Ireland, New Zealand, Pakistan, Scotland, South Africa)  The readings above are used both at the Vigil Mass and at the Mass during the Day. Each Mass has its own set of prayers and antiphons. Correction In countries where the Epiphany is observed as a Holyday of Obligation on 6 January, eg, Ireland, the  Baptism of the Lord is celebrated , not the Mass of the  Second Sunday after the Nativity  as I had posted earlier. Here is the link to the readings for Year A.  Readings   (Jerusalem Bible) Alleluia and Gospel for the Epiphany Alleluia, alleluia! Vidimus stellam eius in Oriente, We have seen his star in the East, et venimus cum muneribus adorare Dominum. and have come with gifts to adore the Lord
Post a comment
Read more
More posts