Showing posts with the label book sale
Show All 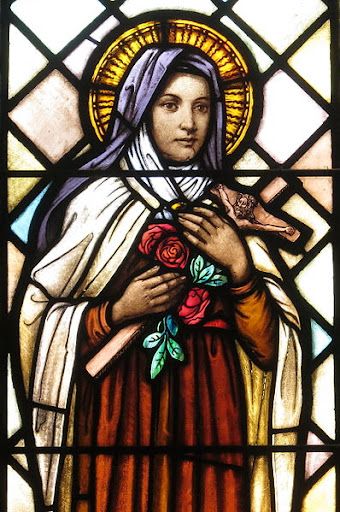 October 1 is the feast of St. Therese, Carmelite nun and Doctor of the Church. I have a giveaway and some special deals to celebrate. But first, here are five things you may not have known about this beloved saint. 1. She almost died as an infant. Before Therese was even born, her mother, Blessed Zelie Martin, was already suffering from the breast cancer that would eventually kill her. She was unable to nurse Therese properly, but did not want to turn her over to a wet-nurse. A previous daughter had died in a nurse's care, and daughter Celine had not fared well with a nurse either. Eventually, when Therese was nearly starved, Zelie did find a nurse for her. Therese lived with the nurse for over a year. Afterwards, she had trouble re-attaching to her own mother. 2. She dreamed of posing as a penitent. Therese and her father, Blessed Louis Martin, used to bring fish to an order of nuns that cared for penitent girls. Some of the girls would join the order. Ther
Post a comment
Read more

Beyond the Best Sellers: An Indie Catholic Book Sale 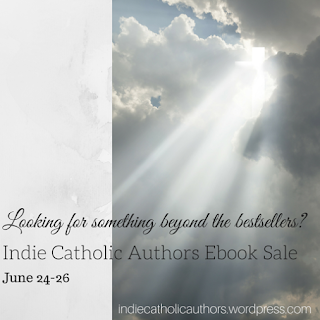 Catholic Indie Authors need 48 more people to support them so they qualify for a media blitz called Thunderclap. It only takes one click to support the campaign. There are only 2 days left. Beyond the Bestsellers Looking for something beyond the bestsellers? Books written from a Catholic worldview. https://indiecatholicauthors.wordpress.com/﻿ GOAL 100 supporters on Jun 24th at 12:00pm Indie Catholic Authors Join this Thunderclap 52%  COMPLETED 46,086 REACH 2  DAYS LEFT https://www.thunderclap.it/projects/27781-beyond-the-bestsellers?locale=en
Post a comment
Read more
More posts