Showing posts with the label just war
Show All

(From Anne Sophie Chaisemartin/AP, via New York Daily News, used w/o permission.) (" Victims of a shooting attack lay on the pavement outside La Belle Equipe restaurant in Paris Friday, Nov. 13, 2015. Well over 100 people were killed in Paris on Friday night in a series of shooting, explosions. " (New York Daily News)) I've read that Friday's attacks in Paris are the fault of right-wing hate-mongers, that America's president is to blame — — — and the American election is still nearly a year off. I am not looking forward to the usual self-serving balderdash.... ...I am pretty sure that Muslims who blame France, America, and Western civilization for their problems are sincere, too. But the grand imam of Al-Azhar called Friday's attack "odious," Sheikh Ahmed al-Tayeb said it was "heinous," and Saudi King Salman called it "repugnant." 1 ... More at A Catholic Citizen in America .
Post a comment
Read more 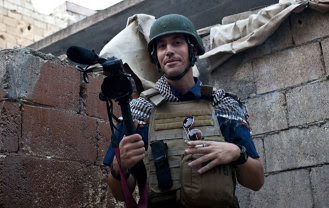 James Foley is dead: the photojournalist, not the movie director . If someone had paid the $132,000,000 USD that ISIS apparently wanted, he might be alive. Or maybe not: there's a reason for United States policy about not paying ransom. Folks who engage in kidnapping or terrorism have to have flexible ethics: I'll get back to that. I learned that James Foley was Catholic from post by Rebecca Hamilton , on Google Plus — indirectly. For a while, I thought I'd be writing about the Rosary, prayer, and family. Then I ran into this... More at A Catholic Citizen in America .
Post a comment
Read more 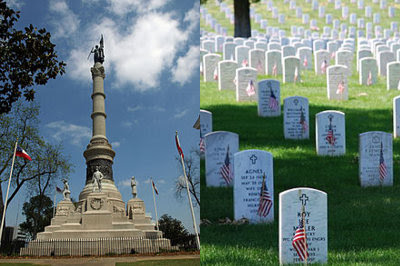 (From Remember, Spyder_Monkey; via Wikimedia Commons, used w/o permission.) " Till the war-drum throbbed no longer, and the battle-flags were furl'd In the Parliament of man, the Federation of the world. " There the common sense of most shall hold a fretful realm in awe, And the kindly earth shall slumber, lapt in universal law.... " ("Locksley Hall," Alfred, Lord Tennyson) As a youth, those were among my favorite lines of poetry. A half-century later, they still are: although I've learned to temper my optimism with patience. Remembering Today is Memorial Day, the third day in a three-day weekend that's the unofficial start of summer's vacation season. It's also a day when some of us honor those who died while serving in the United States armed forces. Following our custom, the American president will probably lay a wreath at the Tomb of the Unknowns . More at A Catholic Citizen in America
Post a comment
Read more
More posts