Showing posts with the label clergy
Show All

Justice, Mercy, and Reverence for the Clergy 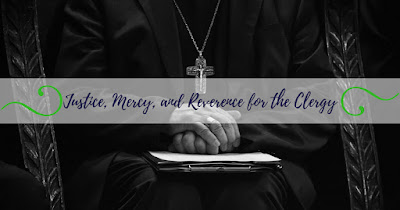 In the last few months, we’ve been seeing a resurgence of accusations of clerical abuse. Former Cardinal Theodore McCarrick is the most prominent, but just to the north of me, the Saginaw Diocese is imploding due to decades of homosexual corruption and abuse. My whole life, I’ve listened to whispers of corruption in the various diocese around me. With calls for a #CatholicMeToo movement and a cessation of donations to any diocesan fund, more and more accusations of corrupt church bureaucrats are going to be filed. And call me a raincloud, but when the dust settles, I think the Church in the United States will look very different. We’ve needed a house cleaning for a while, and I pray to God that now is the time, as painful as it will be. If former Cardinal McCarrick and his associates are the beginning of a deluge, there are three things we need to keep in mind: Our duties toward justice Christ’s call to be merciful The dignity of the priesthood Click to read more at Messy B
Post a comment
Read more
More posts