Showing posts with the label the RESURRECTION IN ART
Show All 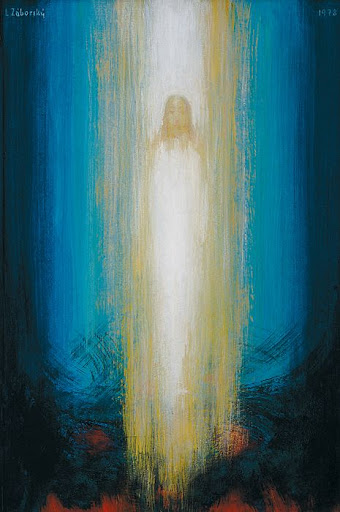 The Resurrection by Ladislav Záborský, a Slovak painter who sentenced to seven years in prison by the communist government for his Christian art which was labeled corrupt. While imprisoned, Ladislav felt as if his hands were nailed to the cross because he could not paint but only seek God in the depths of his soul.  Ladislav expressed the deep spiritual transformation which occurred during his imprisonment. The result of his inner crucifixion meant he no longer fulfilled his own desires but only sought God and His desires. He died just this last December 31, 2016, in Martin, Slovakia. Resurrection by Father John Giuliani. He began painting modern icons with images of Native Americans as subjects. Father Giuliani, ” In my work I try to celebrate a union of a common spiritual understanding, to show how a single mystery can be approached through diverse cultures” continue
Post a comment
Read more
More posts