Showing posts with the label funerals
Show All

Why I Remain Catholic: the Funerals 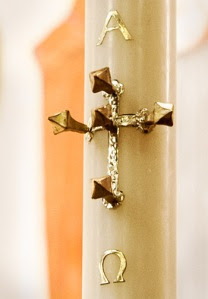 Many Catholics are writing about " Why I Remain Catholic ." Besides the good answers given elsewhere, here is one reason of mine: for the funerals. I came into the Church in the Easter Vigil of 2012. A year or so ago I attended a funeral for a man in the parish whom I did not know, but whose wife I knew. I had never seen a Catholic funeral and did not know what to expect. So what follows are my impressions of what I saw, being a Catholic but still a very new one and one who did not grow up in an environment with any Catholicism near it. This was a funeral Mass, not a Requiem Mass. The casket was brought to the front of the church, to rest at the base of the lit Baptismal/Paschal candle. What a symbol, to remind us of the man's baptism and ours, and of the Resurrection. The vestments in this case were white, also a reminder of the Resurrection, and instead of a big spray of flowers made by a florist, the casket had a pall, a drape of the same material as the priest's
Post a comment
Read more

'But that the dead are raised, even Moses showed, in the passage about the bush . . .' Sunday Reflections, 32nd Sunday in Ordinary Time Year C Moses before the Burning Bush , Domenico Fetti, 1613-14 [ Web Gallery of Art ] Readings   (New American Bible: Philippines, USA)                                   Readings   (Jerusalem Bible: Australia, England & Wales, India [optional], Ireland, New Zealand, Pakistan, Scotland, South Africa) Gospel  Luke 20:27-38 [Shorter form, Luke 20: 27, 34-38]  ( Revised Standard Version – Catholic Edition )  There came to Jesus some Sadducees, those who say that there is no resurrection,  [and they asked him a question, saying, "Teacher, Moses wrote for us that if a man's brother dies, having a wife but no children, the man must take the wife and raise up children for his brother. Now there were seven brothers; the first took a wife, and died without children; and the second and the third took her, and likewise all seven left no children and died. Afterward the woman also died. In the resurrection, therefore, whose wife will the woman be? For the seven had her
1 comment
Read more 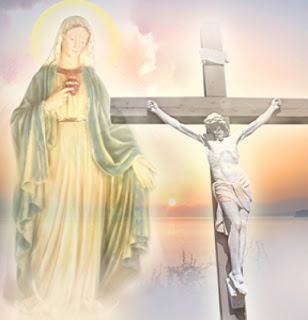 At a recent funeral of the bother of a very dear family friend I was struck by how comforting all the rituals were to all of us. Almost everyone there was knowledgable about the funeral rites and it allowed us to relax, to be carried along by the rhythm of the liturgy and to be consoled by the comfort of familiar roles and responsibilities. In Catholic funerals, the Church seeks to provide spiritual support for the deceased and honor their bodies, as well as to provide a measure of hope for the family and friends of the deceased. I have been to funerals where the closest thing to ritual was a CD playing “I can’t give you anything but love, Baby,” as the crematorium doors opened. [I kid you not.] Others might find such off-beat funerals meaningful and original, but, when I am deep in sorrow, I don’t want anything new – I want the comfort of the tried and true. Do you feel the same way?
6 comments
Read more
More posts