Showing posts with the label geoengineering
Show All 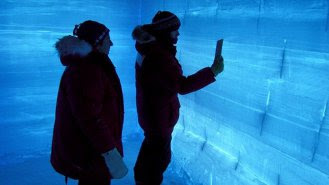 Scientists found a two-century lag between temperature changes near Earth's poles — and maybe a "bipolar seesaw" temperature cycle. Other scientists say that shock waves from the Chicxulub impact may have triggered volcanic eruptions in the Deccan Traps and elsewhere.... ...We don't, I think, have all the answers about how Earth's climate changes and what we should do about it: but we're discovering what some of the questions are. That's a good start. More at A Catholic Citizen in America .
Post a comment
Read more 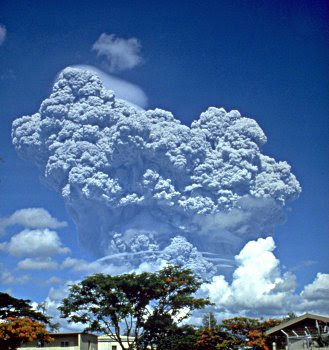 Events like the Pinatubo eruptions of 1991 happen about once a century — on average — roughly. Some scientists say that next time there's a Pinatubo-scale eruption, we should deploy a fleet of instrument-carrying aircraft, balloons, and satellites: to see exactly what happens when sulfur dioxide and other chemicals get dumped into the upper atmosphere. We know that the stuff causes regional and global climate changes: but we don't know exactly how the process works. There's more than pure scientific curiosity behind wanting this knowledge. Earth's climate is changing, which is par for the course: but we're at a point where our actions can affect climate. The job at hand is leaning how Earth's climate works, how it changes, and what causes the changes. Then we'll decide what to do about that knowledge.... More at A Catholic Citizen in America .
Post a comment
Read more
More posts