Showing posts from April, 2021
Show All

Do You Recognize Satan? 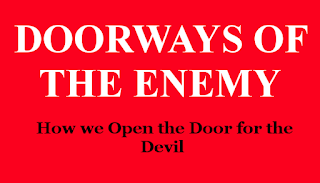 I’m not big on talking about satan.   I don’t deny he exists, but I don’t like to give him space.   I do, however, think it is important to “go deep” from time to time and consider the ways our thoughts and actions are influenced by him.   Satan can work very subtly in our lives, and in fact, we might even work with him if we are unaware of his ways.   It is easy to miss satan’s interventions because they come veiled beneath our hidden pride. One way we can be sure he is working in a faith community is when well-intentioned people strike out at each other because of their conviction that their way must be the only way, even though they are working towards the same goal. Or, for example, one person’s adherence to a particular devotion becomes so rigid that they begin to place heavy burdens upon those who do not share it. If we just step back for a minute and look at the bigger picture, we will see that it is our own self-righteous pride that gets in the way.   This sin of pr
Post a comment
Read more

For What Is Faith 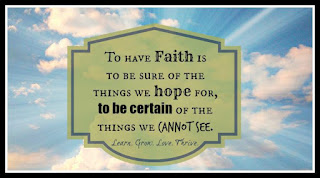 Sunshine, Holy Water and a Trip to the Emergency Room 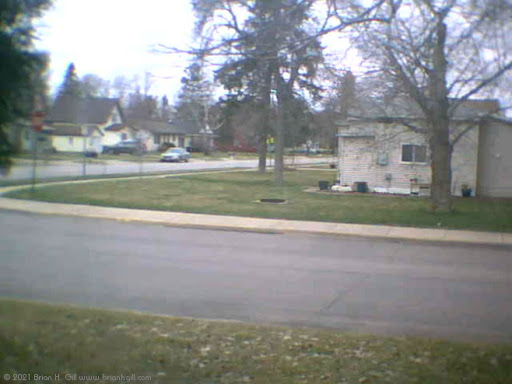 Between Saturday's sunshine and today's patches of green grass, I've enjoyed this weekend. For the most part. I picked up a bottle from the first of this year's holy water last Sunday, following up with blessing the house on Tuesday. I hadn't done that for quite some time. More at A Catholic Citizen in America .
Post a comment
Read more 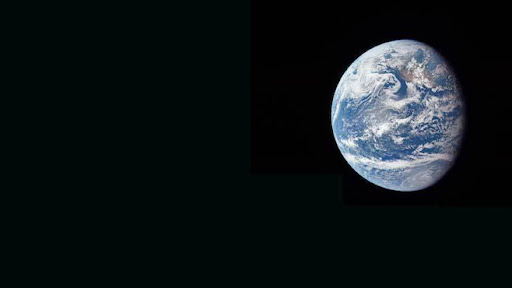 Throughout the ages, Saints and sages have pondered the big questions. Who are we? What are we? Why are our lives so messed up? Storytellers and movie makers — these groups overlap — also reflect on human nature from time to time. Sometimes they use use space aliens as placeholders for ideas and ideals, strengths and failings. I'll be talking about that, and why I don't "believe in" space aliens: but think we may have neighbors. Then again, maybe we don't. Which hasn't kept folks from wondering "what if?"... More at A Catholic Citizen in America .
Post a comment
Read more

Do We Get a Pass? 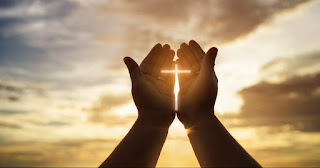 I was reflecting on Acts of the Apostles, Chapter 3, under the verses titled “Peter’s Speech.” These passages, of course, come after the death and resurrection of Jesus and the Coming of the Holy Spirit on Pentecost, which is described in Acts 2. Anyway, in Peter’s speech, as he was proclaiming what God has done (the Kerygma), it struck me that it was through the sins of man that Jesus was crucified, yet Jesus stayed faithful to the Father and allowed himself to be crucified, for their sake . Do you see how remarkable that is? Scripture doesn’t tell us that Jesus died for them because they were repentant, or after they had turned away from their sins and sought forgiveness. No, Jesus died for them, even though they had sinned, in the midst of their sin, because clearly, they needed it—as do we. (See Luke 5:32, “Those who are healthy do not need a physician, but the sick do.”) Peter tells the crowd they were ignorant, just like their leaders.   Even the smart guys got it
Post a comment
Read more 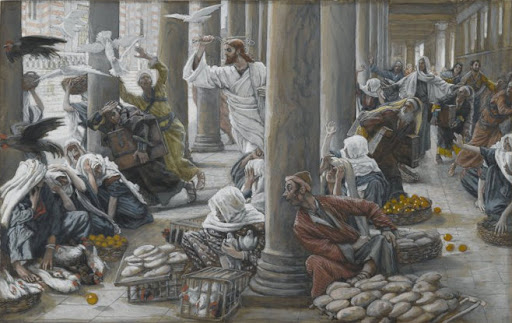 I was a Christian long before I became a Catholic Christian , and that's another topic. Topics. The point is, I've been trying to follow Jesus ever since I was a child. Somewhere along the line, I started noticing a disconnect between what I occasionally saw in religious art and the Jesus I was reading about in the Bible. More at A Catholic Citizen in America .
Post a comment
Read more

What has this to do with me? 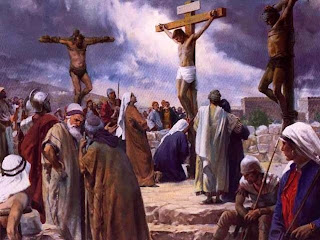 'A fire with many flames divided, yet never dimmed by sharing of its light.' Sunday Reflections, Easter Sunday 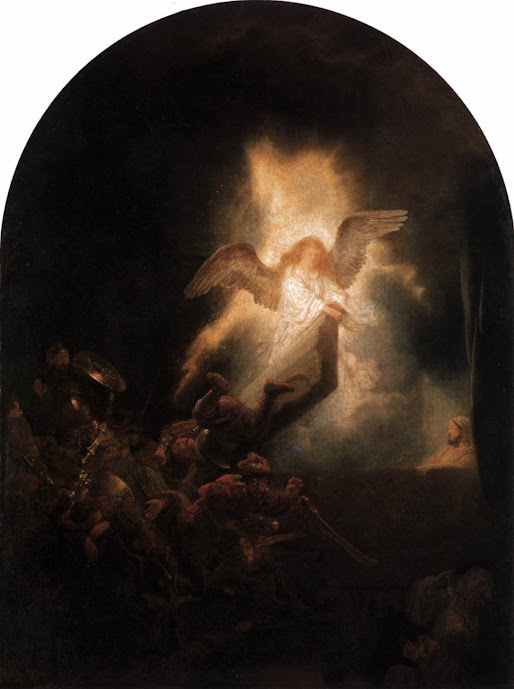 The Resurrection of Christ Rembrandt [ Web Gallery of Art ] The Easter Vigil in the Holy Night Readings   (Jerusalem Bible: Australia, England & Wales, India [optional], Ireland, New Zealand, Pakistan, Scotland, South Africa) Readings   (New American Bible: Philippines, USA) At the Mass during the Day Readings   (Jerusalem Bible: Australia, England & Wales, Ireland, New Zealand, Pakistan, Scotland) Readings   (New American Bible: Philippines, USA) Gospel   John 20:1-9     (English Standard Version, Anglicised) Now on the first day of the week Mary Magdalene came to the tomb early, while it was still dark, and saw that the stone had been taken away from the tomb.   So she ran and went to Simon Peter and the other disciple, the one whom Jesus loved, and said to them, “They have taken the Lord out of the tomb, and we do not know where they have laid him.”   So Peter went out with the other disciple, and they were going towards the tomb.   Both of them were running together, but
Post a comment
Read more
More posts