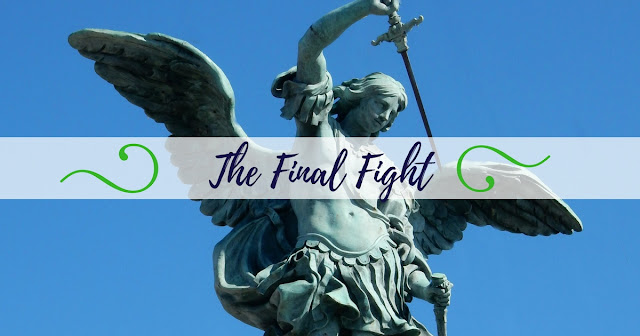 Sister Lucia, the oldest of the Fatima visionaries prophesied that the final fight between Our Lord and Satan will be over marriage and the family. Being the one good thing that remains from Paradise, it is easy to see why the devil would attack it so harshly. With sex scandals upon scandals, the acceptance of same-sex “marriages”, the  normalization of incest , the epidemic of contraceptive use, and a million other violations of the natural order, it’s not terribly crazy to speculate that we are nearing that final battle. Faithful Catholics easily recognize the dangers of the big lies society is pushing, and we seem to frame our understanding of this final battle as being against these  big  issues, but that is only the surface of the fight. .... Those of us in faithful, sacramental marriages, I really think we are going to be attacked more than anyone else. You only have to do a quick read through of the Book of Job to see how much the devil delights in bringing destruction
Post a comment
Read more 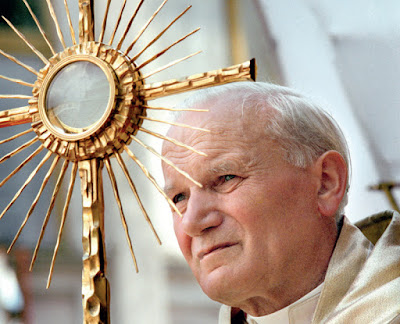 “Open wide the doors to Christ,” urged John Paul II during the homily at the Mass when he was installed as pope in 1978.
Post a comment
Read more

God Made Us For Joy 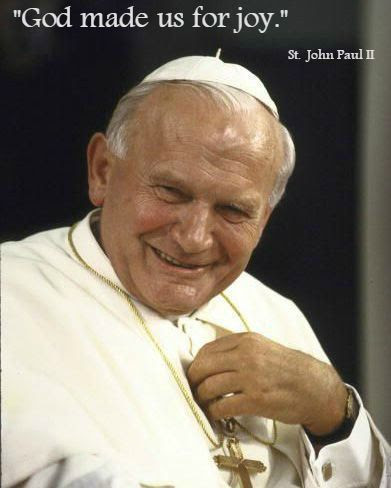 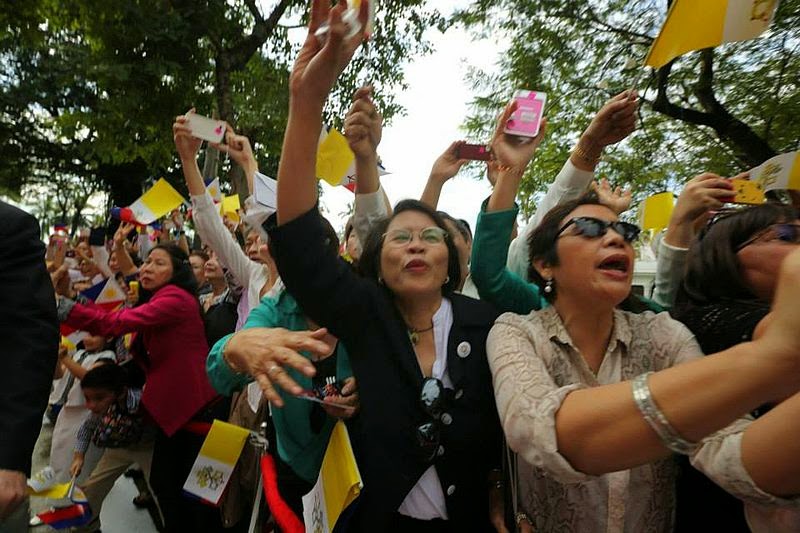 Jubilant crowd cheers His Holiness Pope Francis as the Papal convoy arrives for the welcome ceremony at the Kalayaan Grounds of the Malacañan Palace for the State Visit and Apostolic Journey to the Republic of the Philippines on Friday,  16 January 2015. Robert Viñas, Malacañang Photo Bureau, PD, Wikipedia Commons Papa Francisco! MAHAL NG PILIPINO! Papa Francisco! MAHAL NG PILIPINO! Papa Francisco! MAHAL NG PILIPINO! The rhythm of this energetic chant is stuck in my head. It's my own fault, really, since I keep playing videos of the Pope's visit to the Philippines last week. YouTube has hours and hours of "Pope in Philippines" footage, including a nearly  three-hour video  of Sunday Mass and a surplus of videos of joyous chanting. My friend Rena says the best translation of the chant's second part is "Love of the Filipinos."  Pope Francis, the love of the Filipinos . How beautiful, to be beloved by a country, an entire people. "I
Post a comment
Read more

Which is Better? The Masculine or The Feminine?

Saint John Paul II states in Mulieris Dignatem "Each woman inherits her femininity as an expression of the image and likeness of God that is hers."  We could say likewise about each man's masculinity.   Therefore, when man or woman thinks that one is somehow "less than" the other, they are also showing disdain for that which is part of the essence of God.    Masculinity and femininity, fully expressed, can teach mankind much about it's relationship to God and to each other.  Humanity suffers when women choose to squelch their feminine virtues in favor of masculine ones.   It also suffers when men feel they have to hide their masculine traits in our feminized culture.  The fact is, that the best of both  masculine and feminine virtues should be developed in both men and women rather than one in favor of the other.  Their expression, however, will differ.  St. Theresa Benedicta of the Cross (Edith Stein) wrote  " Christ embodies
Post a comment
Read more

Oh, What a Mercy Sunday! 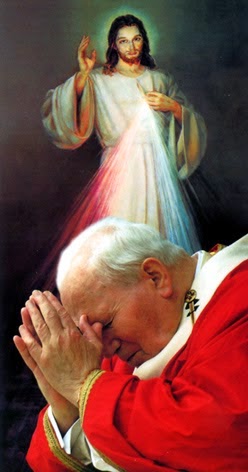 'I considered this message  (of Divine Mercy) my special task.  Providence has assigned it to me in the present situation  of man,  the Church,  and the world.' St. John Paul II     St. John XXIII and St. John Paul II, pray for us!  ...continued at The Cloistered Heart
Post a comment
Read more

To Give Up One's Cloak

By Unknown - April 22, 2014
When St. Martin of Tours encountered a poor, naked beggar, he tore his own warm cloak in half, to share it. Later, he discovered in a dream that the beggar was Christ. Throughout his life he had a special love for the poor. The story of St. Martin and the beggar touches on an area of Christian life that is often dealt with superficially and with suspicion. This area is the equality and dignity of woman. It seems to me that most voices do not echo Jesus in either His actions or His words. Jesus was a defender of the true equality of woman precisely because He always showed us the way to true dignity: a dignity that is shared by men and women alike, because they are human. "Did the Lord at any time make a distinction between men and women? […] But in His love He knew and knows now no distinction." [1]   Continue Reading...
Post a comment
Read more
More posts