Showing posts with the label activities
Show All
By Ellen Mady - November 18, 2015 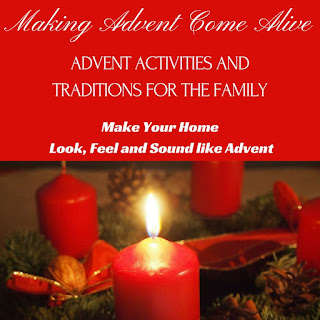 Advent now comes and goes nearly unnoticed. The only thing worth of recognition between Halloween and Christmas is Thanksgiving, and even that has started to take a back seat as major stores start “decking the halls” and major TV stations start putting on Christmas movies in late October and early November. Advent, a delightful period of quiet waiting and anticipation for the coming of the child Jesus passes by largely forgotten. My husband is a Maronite Catholic. Any of you familiar with Eastern Catholicism may have heard that the Eastern Catholic rites follow a different liturgical calendar. Most major feasts, like Christmas and Easter, fall on the same dates, thereby emphasizing the unity of the Church, but other feasts and the general cycle of the liturgical seasons differs. Since we’re a mixed family (I’m Roman Catholic), I like to joke that we can opt for the longer Advent (Maronite calendar) and shorter Lent (Roman Catholic calendar). In all seriousness, though, I deeply
Post a comment
Read more
More posts