Showing posts with the label Sacrament of Reconciliation
Show All 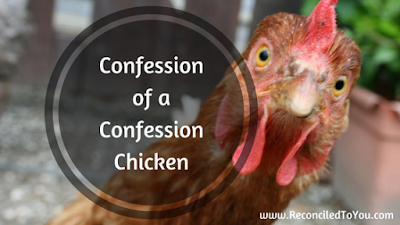 Once incredibly fearful of the Sacrament of Reconciliation - my experience with a friendly, enthusiastic priest changed all that.  Have you ever been called back into the confessional?   While I still get butterflies before a Confession [discomfort is good indication of contrition - more of that in the podcast below] over the years, the Holy Spirit has shown me what a true GIFT participating in this Sacrament is.  Do not thin of it as being made to go but of actually BEING ALLOWED to go to Confession!  God provides this amazing experience of actually HEARING the words, "Your sins are forgiven."  That is not all He gives us - he also takes our guilt, shame, and pain and fills us GRACE! His Holy Spirit within us, that Spirit which helps us to strive closer toward holiness, and so much more!
Post a comment
Read more 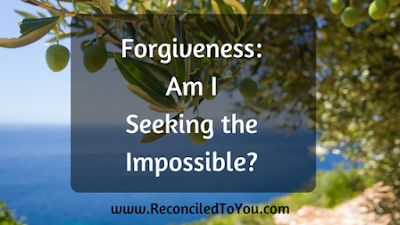 Who Do You Have to Forgive truth is, we all have someone to forgive(1)," writes R. Scott Hurd, in the very beginning of his life-changing book Forgiveness: The Catholic Approach ("Forgiveness"). The following is Scott's list of people we may need to forgive; the comments in the parentheses are my two cents. 1. Rude drivers (very appropriate for those of us who live in Massachusetts) 2. Spouses (thank goodness for Sacramental Grace - that is all I have to say!) 3. Friends (they can hurt or betray us, or over time may become our "frenemies") 4. Bosses (those who steal our ideas, treat us unjustly, or are just plain grumpy) 5. Bullies (even as adults we can find ourselves faced with cruel people) But Wait, There's More! I would add: 1. Ourselves (often the hardest person to forgive) 2. God (It is okay to admit this, He will not send down lightning to smote you for being honest. Furthermore, let's face it: He already knows you are angry. If He
Post a comment
Read more

On the Morning of Confession 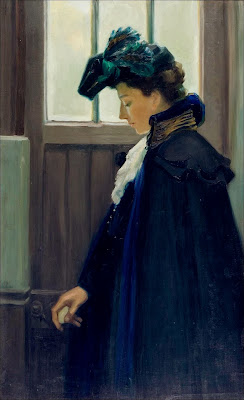 'When our Lord is with us,  light is poured abroad on life's path,  light is shed around in the house of our soul, His own living Tabernacle....  'On the morning of Confession,  show Him round the house;  show Him what needs repair; show Him where thieves  break in and steal;  be busy telling Him all,  and beg of Him the grace  of perfect contrition.' (from Fervorinos From Galilee's Hills, compiled by a Religious, Pelligrini, Australia, 1936, p. 223)   from The Breadbox Letters
2 comments
Read more

Prepare the Way of the Lord - The Sacrament of Reconciliation 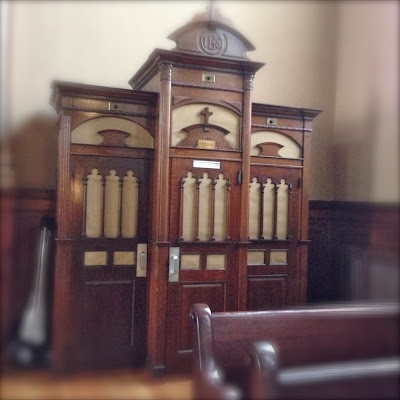 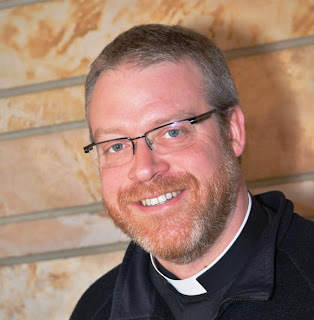 I went to Holy Confession yesterday - they were having a 12 hours of grace of confessions, Father Eric Johnson was in the church (Our Lady of Perpetual Help) hearing confessions. I came after work so I didn't get there till about 6:30 p.m. - confessions ended at 8 p.m. When I walked up to Fr. Eric I was smiling because I was happy to see him and then I saw how tired he was.   By the look in his eyes and his posture - I could tell immediately he had been there a while. Concerned, I asked if he was alright, and he said he was. Then  the beautiful sacrament began, and something wonderful happened! It was like Father Eric was given a special grace, bolstered by the sacrament and he  no longer looked tired anymore  - he was totally present, attentive, along with someone else, our Lord, I could feel it.  As I listened to his instruction I could see the compassion in his eyes and it hit me how much he was giving to me, he was giving all, not because it was his job, but because of a de
2 comments
Read more
More posts