Showing posts with the label Defence Forces Ireland
Show All 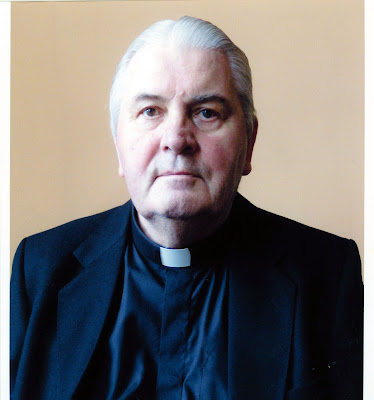 Fr  Seán F. Doherty 22 March 1935 - 21 October 2018 Fr Seán F. Doherty was born on 22 March 1935 in Knockagulla, Lisdoonvarna, County Clare, Ireland. He was educated at Rathbane National School, Lisdoonvarna, and St Mary’s College, Galway. He entered St Columban’s, Dalgan Park, Navan, in September 1953 and  was ordained priest on 21 December 1959. Lisdoonvarna Main Street   [ Wikipedia ] Father Seán was assigned to Korea and after initial language studies he served as assistant on Heuksando (Heuksan Island), then in Jang Seung and later in Muan - all in the southern Diocese of Kwangju. On returning to Korea after his first home visit to Ireland in 1967, he served as pastor in Shin Chang, on Cheju Island, and later in Tjang Heung in Chollanamdo Province. Heuksando, Korea   [ Wikipedia ] In May 1971 he returned to Ireland. Over the next four years he did supply work in a variety of locations: in Glengormley Parish, Belfast in the Diocese of Down and Conn
Post a comment
Read more
More posts