Showing posts with the label Contemplative Life
Show All

The Spirituality and Miracles of St. Clare of Assisi

August 11 is the memorial of St. Clare, one of my favorite saints. She was the first woman to follow the life of radical poverty practiced by St. Francis of Assisi and is the co-founder of the Poor Clares. Although I am not a Franciscan, I have had Franciscan friends, clergy, and spiritual directors instruct me on the beauty of St. Clare's spirituality. I have also learned a great deal from reading about her over the years. Clare and Francis (2007) is a film which depicts the fascinating story of her dramatic conversion and surrender to the will of God. St. Clare is the patron saint of television. She is also the patron of eye disorders, embroiderers, good weather, and telephones. The Contemplative Life The Lady Clare was born into a noble family in Assisi in 1193 and was admired for her great beauty. When she heard Francis of Assisi preach his Lenten homilies at the Church of San Giorgio, she was captivated by his words. At age eighteen, she heard him say: "When the
1 comment
Read more 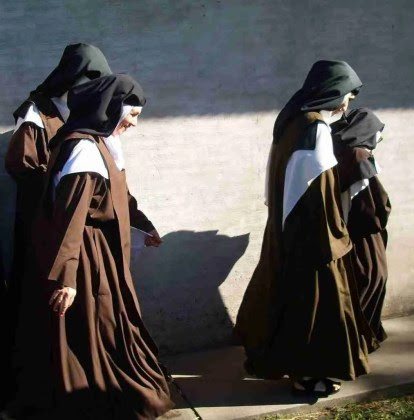 In July, Pope Francis issued an Apostolic Constitution on women’s contemplative life, called  Vultum Dei quarere.  Although aimed at orders of cloistered women religious, this document can also teach lay people how to enter into a more authentic relationship with Christ. Vultum Dei quarere  is Latin for “Seeking the Face of God.” The phrase comes from Psalm 27, my favorite Bible passage on prayer. I encourage you to prayerfully read and meditate upon the entire Psalm. Vultum Dei quarere  was addressed to women because they comprise the majority of contemplative orders. It is the first apostolic constitution for contemplative orders issued since Vatican II. Pope Francis wished to address problems in contemplative life that have gone unaddressed for decades, as well as encourage contemplatives in their increasingly counter-cultural vocation. Read the rest at Contemplative Homeschool.
Post a comment
Read more
More posts