Showing posts with the label Tacloban City
Show All

St Joseph and the Christ Child, El Greco, c.1600 Museo de Santa Cruz, Toledo, Spain [Web Gallery of Art
They went to Capernaum; and when the sabbath came, Jesus entered the synagogue and taught.They were astounded at his teaching, for he taught them as one having authority, and not as the scribes.Just then there was in their synagogue a man with an unclean spirit,and he cried out, “What have you to do with us, Jesus of Nazareth? Have you come to destroy us? I know who you are, the Holy One of God.”But Jesus rebuked him, saying, “Be silent, and come out of him!”And the unclean spirit, convulsing him and crying with a loud voice, came out of him.They were all amazed, and they kept on asking one another, “What is this? A new teaching—with authority! Hecommands even the unclean spirits, and they obey him.”At once his fame began to spread throughout the surrounding region of Galilee.

'Jesus came from Nazareth of Galilee and was baptized by John in the Jordan.' Sunday Reflections, The Baptism of the Lord, Year B John the Baptist proclaimed, “The one who is more powerful than I is coming after me; I am not worthy to stoop down and untie the thong of his sandals.I have baptized you withwater; but he will baptize you withthe Holy Spirit.” In those days Jesus came from Nazareth of Galilee and was baptized by John in the Jordan.And just as he was coming up out of the water, he saw the heavens torn apart and the Spirit descending like a dove on him.And a voice came from heaven, “You are my Son, the Beloved;with you I am well pleased.”
The Census at Bethlehem, Pieter Bruegel the Elder, 1566 Musées Royaux des…
Post a comment
Read more 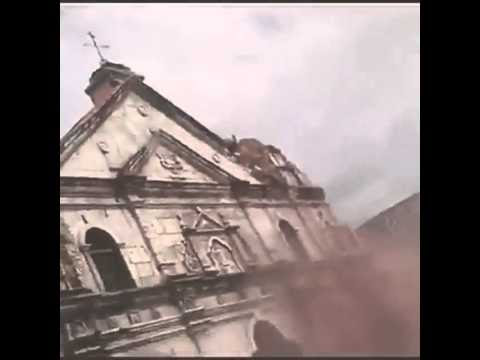 Readings (New American Bible: Philippines, USA)
Readings(Jerusalem Bible: Australia, England & Wales, India [optional], Ireland, New Zealand, Pakistan, Scotland, South Africa)
Gospel Luke 21:5-19 (Revised Standard Version – Catholic Edition)
And as some spoke of the temple, how it was adorned with noble stones and offerings, Jesus said, "As for these things which you see, the days will come when there shall not be left here one stone upon another that will not be thrown down." And they asked him, "Teacher, when will this be, and what will be the sign when this is about to take place?" And he said, "Take heed that you are not led astray; for many will come in my name, saying, 'I am he!' and, 'The time is at hand!' Do not go after them. And when you hear of wars and tumults, do not be terrified; for this must first take place, but the end will not be at …
Post a comment
Read more

'We may have ratified our own doom.' Aftermath of Super Typhoon Haiyan/Yolanda in Tacloban City, Philippines

The photos above were uploaded on October 30 on her Facebook account by my friend Rhea Gladys Mae Sarigumba, a social worker who lives in Tacloban City. She is with one of her two daughters in the top right while her mother Mrs Vicenta Matildo is in the photo below with her to granddaughters, the children of Rhea and her husband Rogel who is pictured in the top right with his two daughters, his mother-in-law Vicenta and sister-in-law Lalai with her daughter Barbie.
Rhea with her husband Rogel and their daughters whose nicknames are 'Xycy' and 'Xie Ann'.
I've had no news about Rhea since Super Typhoon Haiyan/Yolanda hit Tacloban City early on Friday morning, 8 November. One of the last entries by Rhea on the timeline of her Facebook is a link to an update on the approaching storm on the website of PAGASA, the national weather bureau in the Philippines issued at 6AM on 7 November, less than 24 hours before it hit the islands of Samar and Leyte in the Eastern Visayas. (…
3 comments
Read more 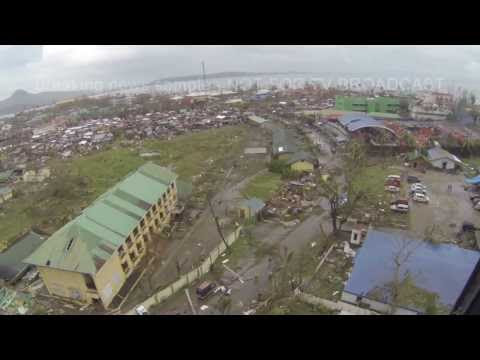 It has become clear that Super Typhoon Haiyan ('Yolanda' in the Philippines) has caused enormous destruction and, very possibly, many deaths. Tacloban City, on the island of Leyte in the eastern Visayas, the group of large islands in the centre of the country, looks as if a bomb had been dropped on it. I have visited it a number of times.

Much of the damage was caused by a storm surge, which is similar to a tsunami. I heard an official of PAGASA, the national weather bureau, explain on television today that where the seas is shallow, as it is in Tacloban City,  such surges tend to be much higher than where the sea is deep and therefore much more destructive.
Part of downtown Tacloban City

There are now reports that more than 10,000 may have died as a result of the storm. Reuters quotes a senior police official on this.
Continue here.
3 comments
Read more
More posts