'Once more Jesus spoke to them in parables.' Sunday Reflections, 28th Sunday in Ordinary Time, Year A 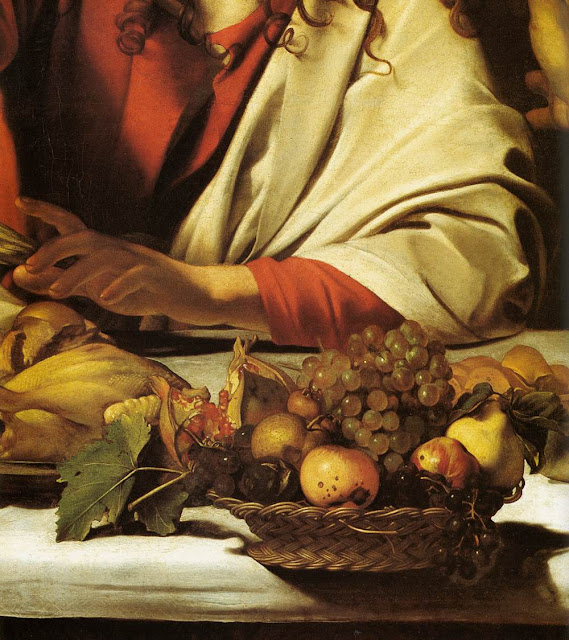 Supper at Emmaus (detail), Caravaggio [ Web Gallery of Art ] Readings (New American Bible: Philippines, USA) Readings (Jerusalem Bible: Australia, England & Wales, India [optional], Ireland, New Zealand, Pakistan, Scotland, South Africa) Gospel Matthew 22:1-14 [22:1-10] ( NRSV, Anglicised CatholicEdition ) Once more Jesus spoke to them in parables, saying: ‘The kingdom of heaven may be compared to a king who gave a wedding banquet for his son. He sent his slaves to call those who had been invited to the wedding banquet, but they would not come. Again he sent other slaves, saying, “Tell those who have been invited: Look, I have prepared my dinner, my oxen and my fat calves have been slaughtered, and everything is ready; come to the wedding banquet.” But they made light of it and went away, one to his farm, another to his business, while the rest seized his slaves, maltreated them, and killed them. The king was enraged. He sent his troops, destroyed those murderers, and burned th
Post a comment
Read more
More posts