Showing posts with the label images of Mary
Show All

Inspired by a Pregnant Mary

In Greenbush, the snow is falling straight down in huge flakes, coating each branch and twig with a thick coating  of snow. The snow literally absorbs sound waves and the effect is a quiet, peaceful, pure white oasis. In the middle of this deep silence, the thought popped into my mind that it is also the second week of Advent,  a time of silent waiting. Let these prayers and painting of a pregnant Mary inspire you as you wait with her for the birth of Jesus.    ADVENT PRAYERS: To Prepare your heart for the birth of Christ  God of power and mercy,  open our hearts  in welcome. Remove the things that hinder us from receiving Christ with joy, so that we may share his wisdom and become one with him when he comes in glory, for he lives and reigns with you and the Holy Spirit, one God, for ever and ever.  Amen   continue
Post a comment
Read more

Our Lady of the Rosary in Art 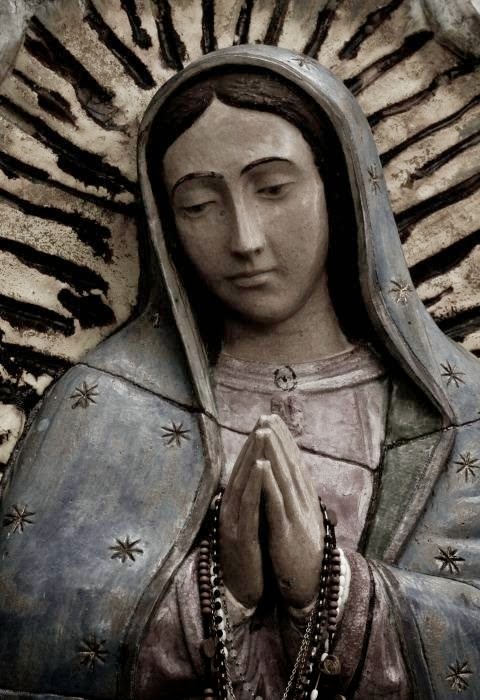 May is Mary's month, but we celebrate "Our Lady of the Rosary" October 7th, which commemorates the naval victory of Lepanto over the Turks. The pope at the time, St. Pope Pius V, had asked the all of Europe to pray the rosary for victory because the Turks were poised to invade Italy. The victory was won, even though the odds were stacked against the Catholic forces, freeing many Christian slaves on board the Turkish ships. The Art of Anna Szmatuła . By 250 A.D. Christian Prayer to Mary was widespread, rising to the level of liturgical prayer. In a beautiful Coptic papyrus, dated circa 250 A.D., is inscribed the following prayer:  Under thy compassion we take refuge, Theotokos [Birthgiver-of-God]; do not disregard our prayers in the midst of tribulation, but deliver us from danger, O Only Pure, Only Blessed One. continue>
Post a comment
Read more

Mary Through the Ages: Images and Quotes 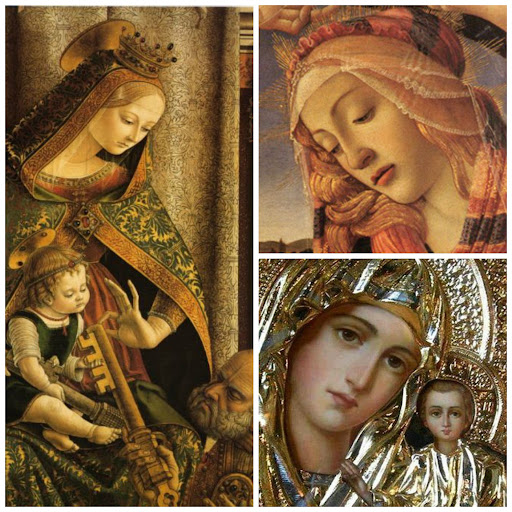 I have been overwhelmed by the thousands of gorgeous paintings of Mary on Pinterest. A peek at at a dozen or so unique images of Our Heavenly Mother "If you ever feel distressed during your day -- call upon our Lady -- just say this simple  prayer : 'Mary, Mother of Jesus, please be a  mother  to me now.' I must admit -- this prayer has never failed me." -- Blessed Mother Teresa "Before, by yourself, you couldn't. Now, you've turned to our Lady, and with her, how easy!" --Saint Josemaria Escriva see more>
Post a comment
Read more
More posts