Showing posts with the label Temperaments
Show All

How phlegmatics can be saints 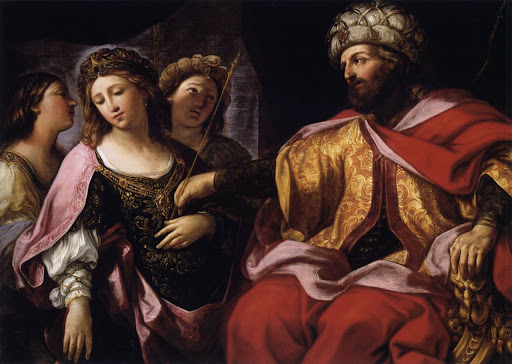 Esther Before Haserus by Sirani (Wikimedia commons) Below is an excerpt from chapter 4 of my newest book A Spiritual Growth Plan for Your Phlegmatic Child. Read how Queen Esther serves as a biblical model, portraying the strengths and weaknesses of the phlegmatic temperament. Temperament studies are not just for kids! Phlegmatic women tend to be supporters of leaders of other temperaments. They express their temperament quietly, often at home. Few become famous. Esther would probably never have been known to history, except for the special circumstances she found herself in. She shows how one phlegmatic person can make a huge impact for God by following his will. A phlegmatic replacement for a defiant, choleric queen Esther’s story is found in the biblical book named after her. King Ahaserus (also known as Xerxes) is married to a beautiful woman named Vashti. When the king holds a banquet, he calls his wife to come show off her beauty to his guests. The choleric Vashti re
Post a comment
Read more
More posts