'My father is asking for the Bread of Life.' Sunday Reflections, 19th Sunday in Ordinary Time, Year B 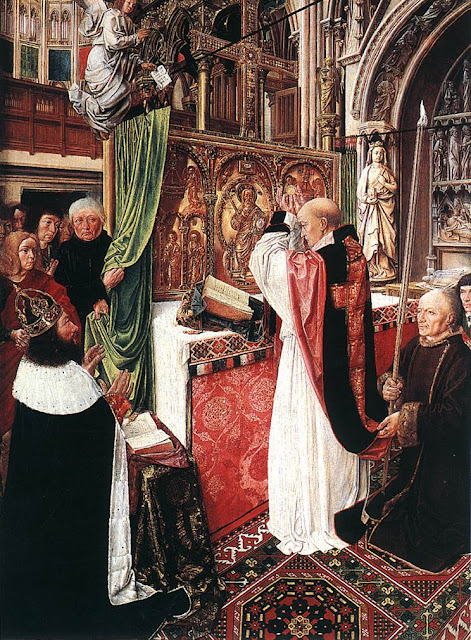 The Mass of St Gilles , Master of Saint Gilles   [ Web Gallery of Art ] Readings   (New American Bible: Philippines, USA) Readings   (Jerusalem Bible: Australia, England & Wales, India [optional], Ireland, New Zealand, Pakistan, Scotland, South Africa) Gospel   Mark 6:41-51 ( New Revised Standard Version, Anglicised Catholic Edition)   Then the Jews began to complain about Jesus because he said, ‘I am the bread that came down from heaven.’  They were saying, ‘Is not this Jesus, the son of Joseph, whose father and mother we know? How can he now say, “I have come down from heaven”?’  Jesus answered them, ‘Do not complain among yourselves.  No one can come to me unless drawn by the Father who sent me; and I will raise that person up on the last day.  It is written in the prophets, “And they shall all be taught by God.” Everyone who has heard and learned from the Father comes to me.  Not that anyone has seen the Father except the one who is from God; he has seen the F
Post a comment
Read more
More posts