Showing posts with the label Ladislav Záborský
Show All 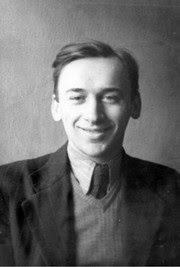 Living Catholic artist, Ladislav Záborský was sentenced in Slovakia for treason to seven years imprisonment in 1954 but was released on Christmas Eve 1957. His crime? He painted Christ as a worker in 1949.  His other religious art was labelled corrupt. While imprisoned, Ladislav felt as if his hands were nailed to the cross because he could not paint but only seek God in the depths of his soul.   He felt as if he was crucified because he could not walk where he wanted to.  In poems written after his release, Ladislav expressed the deep spiritual transformation which occurred during his imprisonment. The result of his inner crucifixion meant he no longer fulfilled his own desires but only sought God and His desires. continue reading
Post a comment
Read more
More posts