'Yet, not what I want, but what you want.' Sunday Reflections, Palm Sunday of the Passion of the Lord, Year B 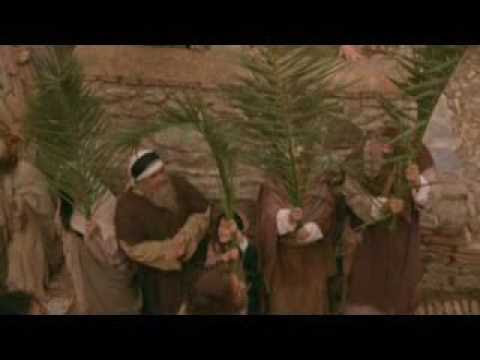 The Gospel of John  (2003) directed by Philip Saville  The Commemoration of the Lord’s Entrance into Jerusalem John 12:12-16. The next day the great crowd that had come to the festival heard that Jesus was coming to Jerusalem.   So they took branches of palm trees and went out to meet him, shouting, “Hosanna!  Blessed is the one who comes in the name of the Lord— the King of Israel!” Jesus found a young donkey and sat on it; as it is written: “Do not be afraid, daughter of Zion.  Look, your king is coming,   sitting on a donkey’s colt!” His disciples did not understand these things at first; but when Jesus was glorified, then they remembered that these things had been written of him and had been done to him. At the Mass   Gospel   Mark 14:1 – 15:47  or  15:1-39 Chalice , Gilt Silver,1450 -1500, Hungarian Goldsmith Hungarian National Museum, Budapest  Then he took a cup, and after giving thanks he gave it to them, and all of them dr
Post a comment
Read more
More posts