Showing posts with the label Charles M. Schulz
Show All

'That God was Man in Palestine / And lives to-day in Bread and Wine.' Christmas Day 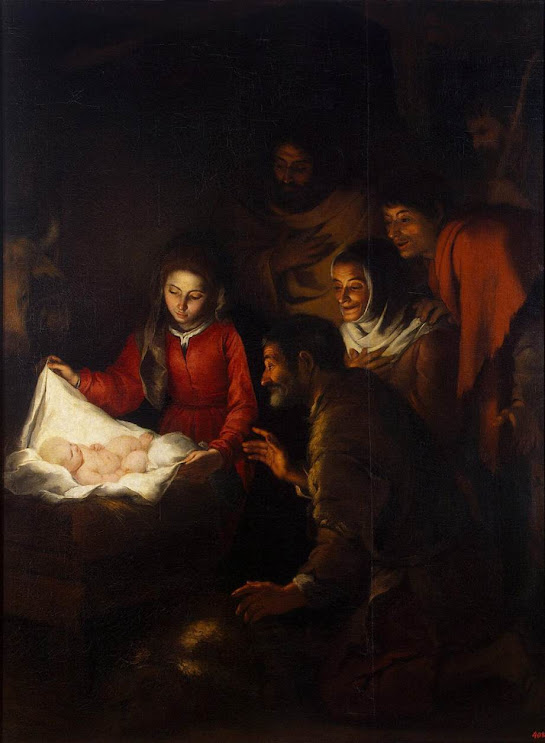 Adoration of the Shepherds Murillo, painted 1646-50 [ Web Gallery of Art ] The Solemnity of the Nativity of the Lord  has four different Mass formularies, each with its own prayers and readings. Any of the four fulfils our obligation to attend Mass. These are: Vigil Mass , celebrated 'either before or after First Vespers (Evening Prayer) of the Nativity'; that means starting between 5pm and 7pm. Mass During the Night , known before as 'Midnight Mass'. Mass at Dawn . Mass During the Day . The readings from the Jerusalem Bible for the four Masses are all on one page but with links to each individual Mass. When you click on 'Readings' below from the New American Bible you will find links to the readings for each of the four Masses.   Readings   (Jerusalem Bible: Australia, England & Wales, Ireland, New Zealand, Pakistan, Scotland, South Africa) Readings   (New American Bible: Philippines, USA) Gospel   (Mass During the Night)  Luke 2:1-14  ( English Standard Ve
Post a comment
Read more
More posts