Showing posts with the label John Newton
Show All

'Everything is mercy, believe me.' Sunday Reflections, 25th Sunday in Ordinary Time, Year A 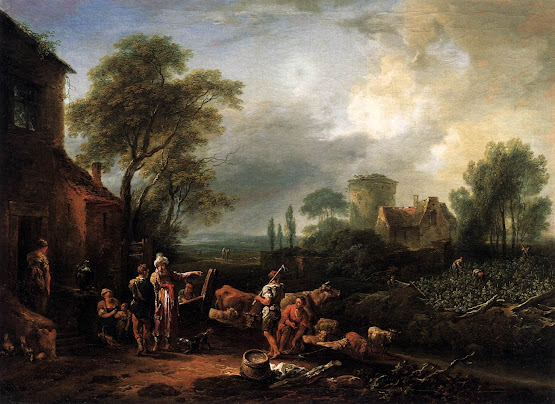 Parable of the Workers in the Vineyard Johann Christian Brand [ Wikipedia ] Readings   (New American Bible: Philippines, USA) Readings   (Jerusalem Bible: Australia, England & Wales, India [optional], Ireland, New Zealand, Pakistan, Scotland, South Africa) Gospel   Matthew 20:1-16 ( English Standard Version Anglicised) Jesus said to his disciples: “For the kingdom of heaven is like a master of a house who went out early in the morning to hire labourers for his vineyard.   After agreeing with the labourers for a denarius a day, he sent them into his vineyard.   And going out about the third hour he saw others standing idle in the market-place,   and to them he said, ‘You go into the vineyard too, and whatever is right I will give you.’   So they went.   Going out again about the sixth hour and the ninth hour, he did the same.   And about the eleventh hour he went out and found others standing. And he said to them, ‘Why do you stand here idle all day?’   They said to him, ‘Becaus
Post a comment
Read more 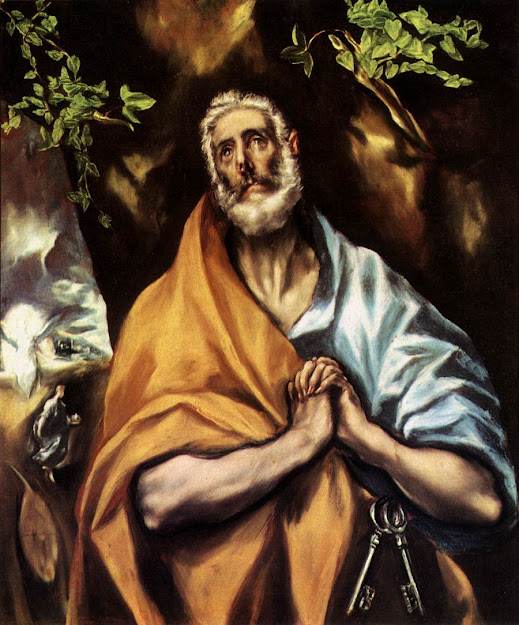 St Peter in Penitence El Greco [ Web Gallery of Art ] Readings   (New American Bible: Philippines, USA) Readings   (Jerusalem Bible: Australia, England & Wales, India [optional], Ireland, New Zealand, Pakistan, Scotland, South Africa) Gospel  Matthew 18:21-35 ( English Standard Version Anglicised) Then Peter came up and said to Jesus, “Lord, how often will my brother sin against me, and I forgive him? As many as seven times?”   Jesus said to him,  “I do not say to you seven times, but seventy times seven. “Therefore the kingdom of heaven may be compared to a king who wished to settle accounts with his servants.   When he began to settle, one was brought to him who owed him ten thousand talents.   And since he could not pay, his master ordered him to be sold, with his wife and children and all that he had, and payment to be made.   So the servant fell on his knees, imploring him, ‘Have patience with me, and I will pay you everything.’   And out of pity for him, the master of that se
Post a comment
Read more
More posts