Showing posts with the label subjective truth
Show All

Assault on the Objective Truth 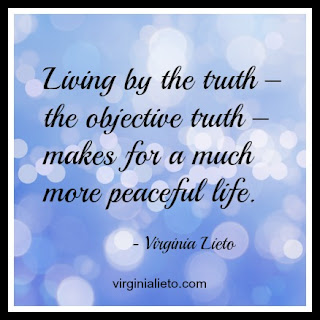 Lately, I feel like there has been a major assault on the objective truth. We hear phrases like “alternative facts,” or “truth isn’t truth!” Politicians and the media put so much spin on the truth, that we feel like we are spiraling out of orbit! No longer do we know who, or what, to believe. Whatever happened to everyone having a clear understanding of objective truth based upon facts? The Old Testament attests that God is the source of all truth. His Word is truth. His Law is truth…Since God is ‘true,’ the members of his people are called to live in the truth. 1 Subjective Truth vs. Objective Truth Apparently, we are living in some sort of truth. It’s subjective truth, rather than objective truth. Subjective truth is when we choose to believe what we want to believe because it is convenient for us. We discard some facts, because they don’t fit our preconceived notions. When we embrace subjective truth, we... Read more...
Post a Comment
Read more

Hunger for Moral Clarity - Fill the Moral Vacuum with Truth 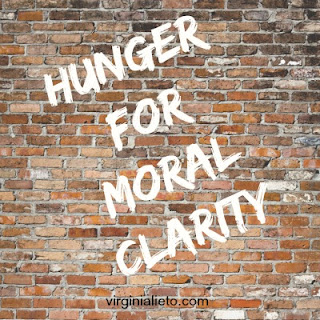 As a Theology professor, who teaches morality, at the undergraduate level, I can no longer remain silent. I perceive a real hunger for moral clarity, in our society, given the grave number of immoral acts emanating from our halls of government, here in the United States.

A Moral Act
Let’s start with a definition of a moral act, so that we are all on the same page. A moral act has three components: a deliberated choice, moral content and it’s personal. So, as an example, let’s take a tweet on Twitter. It is a deliberate choice to tweet. When the content of the tweet uses demeaning language aimed at another person, it has moral content, because the dignity of another individual is at stake. When that tweet attacks the personal character of another individual, it’s definitely personal.