Showing posts with the label Spitfires
Show All 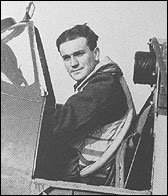 Wing Commander Brendan 'Paddy' Finucane (16 October 1920 - 15 July 1942) I'm not sure when or how I first came to know of Brendan Finucane, one of the greatest 'aces' in the Royal Air Force during World War II and whose 70th death anniversary occurs on Sunday. Maybe it was in reading English 'comics' when I was in primary school. Weeklies such as The Rover , Adventure , The Hotspur , The Wizard ,  featured adventure stories for boys and sometimes had real-life stories. My Uncle Joe Kiernan drove a delivery van for Easons newsagents in Dublin and kept me well supplied. At some stage I discovered that this airman, known in England as 'Paddy', had become the youngest ever Wing Commander - equivalent to Lieutenant colonel - in the RAF and that he had studied in the same school as myself, O'Connell Christian Brothers' School, Dublin. By the time I began in secondary school there (I was in primary from 1951 to 1956 and in
3 comments
Read more
More posts