Showing posts with the label Washing of the feet
Show All 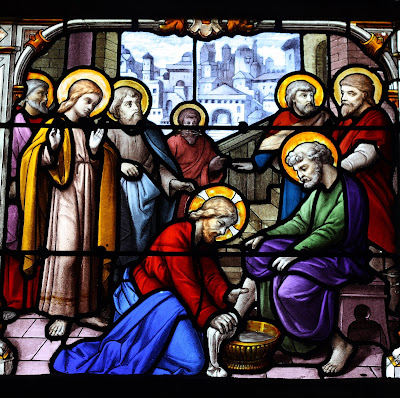 Evening Mass of the Lord’s Supper
Readings(New American Bible: Philippines, USA)
Readings(Jerusalem Bible: Australia, England & Wales, India [optional], Ireland, New Zealand, Pakistan, Scotland, South Africa)
Note: The page above has the readings for the Chrism Mass and, below them, those for the Mass of the Lord's Supper.
GospelJohn 13:1-15 (New Revised Standard Version, Anglicised Catholic Edition, Canada)
Now before the festival of the Passover, Jesus knew that his hour had come to depart from this world and go to the Father. Having loved his own who were in the world, he loved them to the end. The devil had already put it into the heart of Judas son of Simon Iscariot to betray him. And during supper Jesus, knowing that the Father had given all things into his hands, and that he had come from God and was going to God, got up from the table,took off his outer robe, and tied a towel around himse…
Post a comment
Read more

Madonna House: The People of the Towel & Water 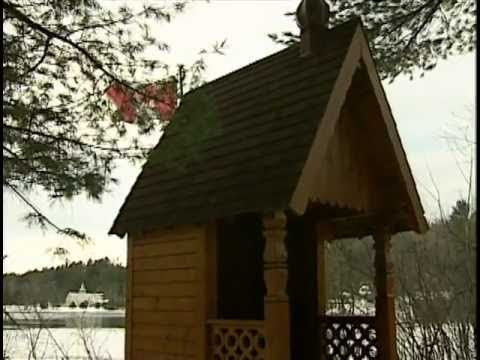 Video made at Madonna House, Combermere, Ontario, Canada
I have visited the Madonna House community in Whitehorse, Yukon Territory, Canada, a number of times, in 1985 and in 2005. One of many blessings was meeting and working with a priest of Madonna House, the late Monsignor Art Bukowski, from Michigan, USA, in Kentucky during the summers of 1969 and 1970, when I was a young priest studying in the USA. He was much older than me and when I first met him he had just finished 29 years as president of Aquinas College, Grand Rapids. He later, I think, spent some time in Latin America. He died in 1989. I remember him for his quiet, missionary zeal as a priest and his driest of the dry humour. I also remember the Madonna House cross that he wore.

Monsignor Arthur F. Bukowski
The video, which begins with part of the gospel for Holy Thursday, highlights the consecration of Catherine de Hueck (de HUEeck) Doherty and her husband to Jesus through Mary. This consecration comes form the teachings o…
1 comment
Read more
More posts