Showing posts with the label Seoul
Show All

'He brought forth compassion, a loving compassion that embraced the world.' Sunday Reflections, 30th Sunday in Ordinary Time, Year A 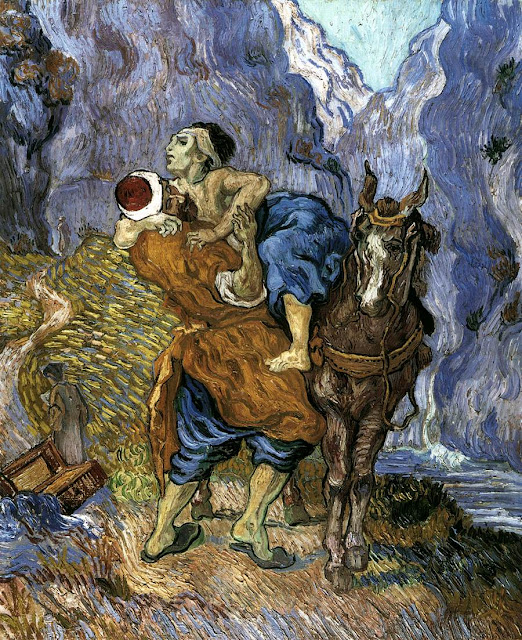 The Good Samaritan (after Delacroix), Van Gogh [ Web Gallery of Art ] You shall love your neighbour as yourself (Mt 22:39). Readings (New American Bible: Philippines, USA) Readings (Jerusalem Bible: Australia, England & Wales, India, Ireland, New Zealand, Pakistan, Scotland, South Africa) Gospel Matthew 22:34-40 ( NRSV, Anglicised CatholicEd .) When the Pharisees heard that Jesus had silenced the Sadducees, they gathered together, and one of them, a lawyer, asked him a question to test him. ‘Teacher, which commandment in the law is the greatest?’ He said to him, ‘“You shall love the Lord your God with all your heart, and with all your soul, and with all your mind.” This is the greatest and first commandment. And a second is like it: “You shall love your neighbour as yourself.” On these two commandments hang all the law and the prophets.’ Stephen Cardinal Kim Sou-hwan , Archbishop of Seoul (1922 - 2009) This time three years ago I visited Korea to attend the ordination to the
Post a comment
Read more

'You are the heirs of a great testimony, a precious witness to Christ.' Sunday Reflections, 27th Sunday in Ordinary Time, Year A 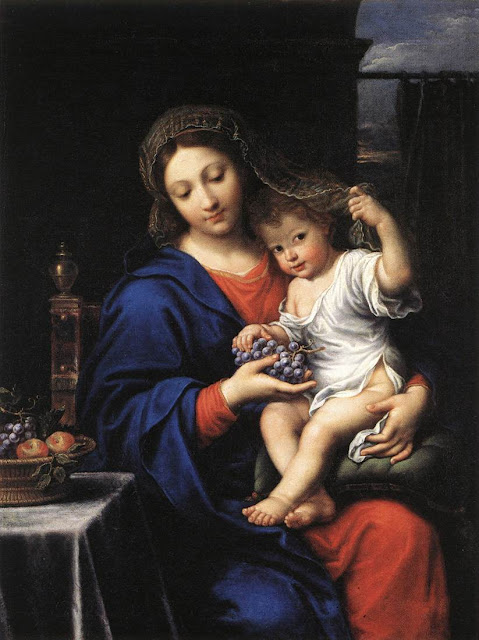 The Virgin of the Grapes, Pierre Mignard [ Web Gallery of Art ] Readings (New American Bible: Philippines, USA) Readings (Jerusalem Bible: Australia, England & Wales, India [optional], Ireland, New Zealand, Pakistan, Scotland, South Africa) Gospel Matthew 21:33-43 ( NRSV, Anglicised Catholic Ed .) Jesus said to the chief priests and elders of the people: ‘Listen to another parable. There was a landowner who planted a vineyard, put a fence around it, dug a wine press in it, and built a watch-tower. Then he leased it to tenants and went to another country. When the harvest time had come, he sent his slaves to the tenants to collect his produce. But the tenants seized his slaves and beat one, killed another, and stoned another. Again he sent other slaves, more than the first; and they treated them in the same way. Finally he sent his son to them, saying, “They will respect my son.” But when the tenants saw the son, they said to themselves, “This is the heir; come, let
Post a comment
Read more
More posts