Showing posts with the label Judging Others
Show All

Mercy and Not Judgment 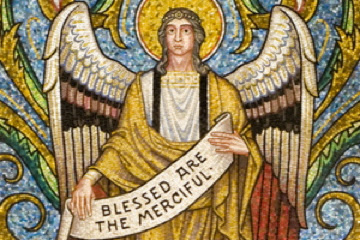 I have not been able to shake a heavy feeling I've had since I first heard the news about the Kentucky clerk who refused to issue same-sex marriage licenses. The heaviness, I’ve come to realize, has had very little to do with the issue of same-sex marriage. What I’ve been feeling is embarrassed by my fellow Christians.
2 comments
Read more

I have been reading Thomas Merton’s autobiography, The Seven Story Mountain (written before he ventured into less Catholic philosophies)  the last 2 weeks, which my sister recently lent me. It’s been a good experience for me, but has been exasperating, baffling, uplifitng and enlightening in equal measure!! I feel confused about some of the concepts he writes about, but clear about others. It’s certainly left its mark on me… There are two particular passages which stood out. One where he talks about his first Mass (as an adult) in the Catholic Church, and the other his first Mass in a Monastic community as a guest. In both cases, he comments on the recollection of those around him: a young girl completely engrossed in prayer in the first instance; a group of novices also engrossed in prayer and seemingly oblivious to what’s going on around them in the second. It really made me think of my behaviour during the Mass. I have been reading some rather ugly stuff in the blog
3 comments
Read more
More posts