Showing posts with the label Cardinal Rosales
Show All

Jesus 'got up and went out to a deserted place, and there he prayed.' Sunday Reflections, 5th Sunday in Ordinary Time, Year B 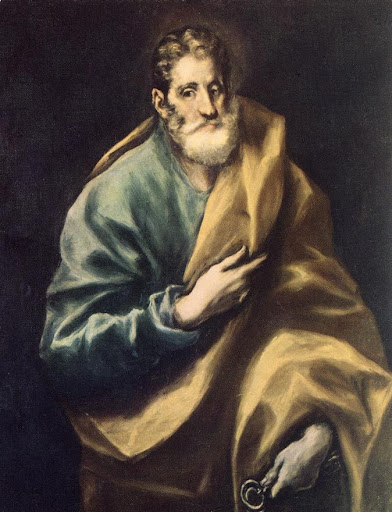 Apostle St Peter , El Greco, 1610-14 Museo de El Greco, Toledo, Spain [ Web Gallery of Art ] Readings   (New American Bible: Philippines, USA) Readings   (Jerusalem Bible: Australia, England & Wales, India [optional], Ireland, New Zealand, Pakistan, Scotland, South Africa)  Gospel   Mark 1:29-39  ( New Revised Standard Version, Catholic Edition , Canada)   As soon as they   left the synagogue, they entered the house of Simon and Andrew, with James and John.   Now Simon’s mother-in-law was in bed with a fever, and they told Jesus about her at once.   He came and took her by the hand and lifted her up. Then the fever left her, and she began to serve them. That evening, at sunset, they brought to him all who were sick or possessed with demons.   And the whole city was gathered around the door.     And he cured many who were sick with various diseases, and cast out many demons; and he would not permit the demons to speak, because they knew him. In the morning,
Post a comment
Read more
More posts