Showing posts with the label Franciscan Media
Show All

God is Not Fair - Insights and A-ha's (Book Review Reflection) 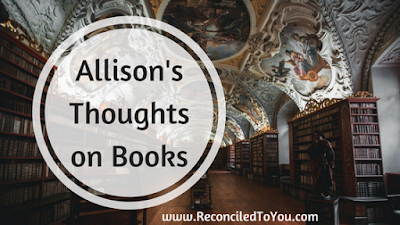 "WOW" Moments  The Month of May has been trying but also one of the most spiritually fruitful of my life.  After putting off a routine mammogram for nearly 5 years, I finally went.  The test revealed an enlarged lymph node - I am happy to report it was finally determined to be due to inflammation [You can listen to the MIRACULOUS story evolving that on t his special episode of A Seeking Heart with Allison Gingras  - it is NOT everyday one receives a favor from a Almost-Saint]. As the Lord, slowly walked me through this valley, Fr. Horan's words were equal parts comforting and inspiring. This was a time of acute awareness to pray always with urgency but without anxiety.  Here are some other "WOW" moments gleamed during that time from the pages of  God is Not Fair : We are not better than anyone else.  Regardless of what blessings God has allowed in your life, what talents you posses, or how you use them.  Additionally, those gifts that God bestows o
Post a comment
Read more 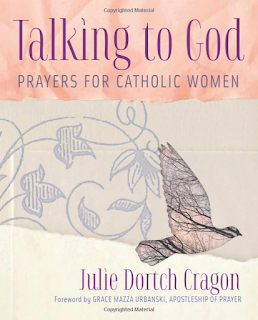 Pope Francis' universal prayer intention for May is "Respect for Women." One innovative way to pray with the Pope this month is to invite women into prayer. Author Julie Dortch Cragon can help, with her unique and refreshing new book from Franciscan Media,  Talking to God: Prayers for Catholic Women .  Please join me at Praying with Grace  for an excerpt!
Post a comment
Read more

Feast of the Exaltation of the Holy Cross 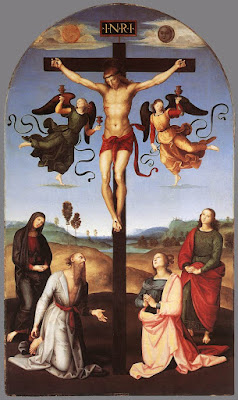 Via Franciscan Media Early in the fourth century St. Helena, mother of the Roman Emperor Constantine, went to Jerusalem in search of the holy places of Christ's life. She razed the second-century Temple of Aphrodite, which tradition held was built over the Savior's tomb, and her son built the Basilica of the Holy Sepulcher over the tomb. During the excavation, workers found three crosses. Legend has it that the one on which Jesus died was identified when its touch healed a dying woman. The cross immediately became an object of veneration. At a Good  Friday  celebration in Jerusalem toward the end of the fourth century, according to an eyewitness, the wood was taken out of its silver container and placed on a table together with the inscription Pilate ordered placed above Jesus' head: Then "all the people pass through one by one; all of them bow down, touching the cross and the inscription, first with their foreheads, then with their eyes; and, after kissi
Post a comment
Read more
More posts