Showing posts with the label evangelizing
Show All
By Brian H. Gill - August 25, 2019 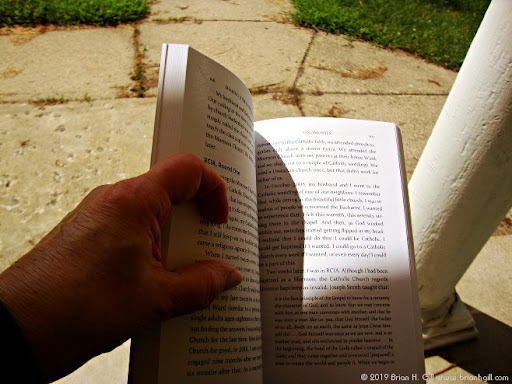 Nancy H. C. Ward's "Sharing Your Catholic Faith Story" has been in print and available on Amazon.com since April, 2019.

Back cover blurbs include Lisa Hendey's "an enjoyable template for the challenge of evangelization" and Gary Zimak's "a book that needed to be written."

"Sharing Your Catholic Faith Story" is a big deal for me, too. It's the first time I've had a byline in print since I wrote articles for the Red River Valley Historical Society's Heritage Press. That was in the 1970s. 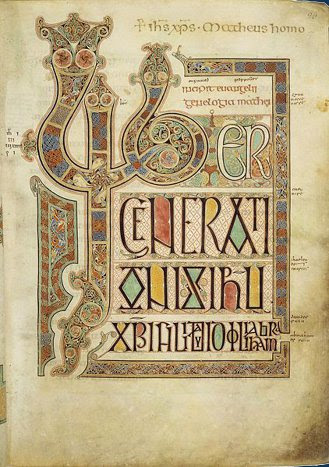 But it isn't the first, or the 11th, century any more. We're in the 21st, and the world is changing.

This isn't a new situation:
"...the world is on fire. Men try to condemn Christ once again, as it were, for they bring a thousand false witnesses against him. They would raze his Church to the ground.... No, my sisters, this is no time to treat with God for things of little importance...."
(Camino de perfección, 1, 5; St. Teresa of Avila; quoted by Benedict XVI on July 16, 2012)1) St. Teresa of Avila wrote Camino de perfección around the middle of the…
Post a comment
Read more 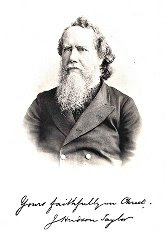 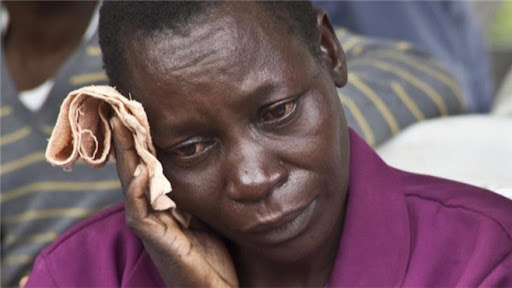 About 150 people stopped living on April 2, 2015, in Kenya: Thursday of last week. They were killed at Garissa University College.

Quite a few folks are upset about this.That's reasonable.

(From AP, via Al Jazeera, used w/o permission)
("Several ceremonies to mourn the victims have been held in Nairobi"
Al Jazeera)...
...The body count would have been higher, but the killers were very careful about choosing their victims. After collecting about 700 students, they only killed those who said they are Christians.

Don't expect a rant about those [hated group] who always commit [atrocity of the day]. I think that's as foolish as making excuses for members of [approved group] who behave badly....

Talents, and the Best News Ever 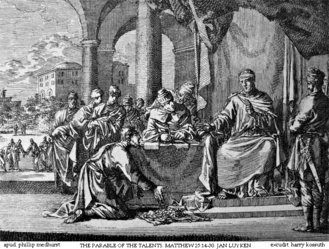 You know how it goes: a man gives three of his servants sizable chunks of money: five talents to one, three to another, and one to the third.

The third servant ends up thrown "into the darkness outside, where there will be wailing and grinding of teeth." (Matthew 25:30)

The line before that is just as grim, and a bit disturbing.... 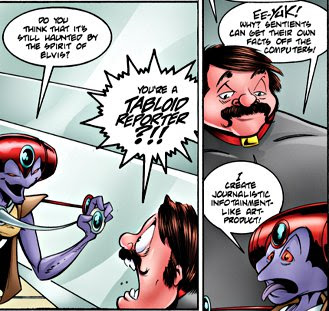 That said, there's a reason for my concentrating on News.va, the Vatican's official news source, for Synod 14 coverage....

...Emotions are part of being human. We're supposed to feel happy, sad, or whatever. But God gave us brains: and expects us to think, too.

I have no problem with emotions: which is a good thing, since I'm a very emotional man. I've enjoyed shows like Indiana Jones and the Last Crusade and Revenge of the Cybermen, but that's entertainment....

Following my Lord to the End of the Universe: And Beyond

This is one of my favorite bits of the Bible:
"8 The eleven 9 disciples went to Galilee, to the mountain to which Jesus had ordered them. "teaching them to observe all that I have commanded you. 13 And behold, I am with you always, until the end of the age."
(Matthew 28:16-20) So, for slightly different reasons, is this:
"When they had gathered together they asked him, 'Lord, are you at this time going 4 to restore the kingdom to Israel?' "They said, 'Men of Galilee, why are you standing there looking at the sky? This Jesus who has been taken up from you into heaven will return in the same way as you have seen him going into heaven.' "
(Acts 1:6-11) Acts 1:11 reminds me of stories where, after the general's address, a sergeant says 'you heard the orders: Move out.'
Can't say that I blame…
Post a comment
Read more

Made in the Image of God: Great Power, Great Responsibilities 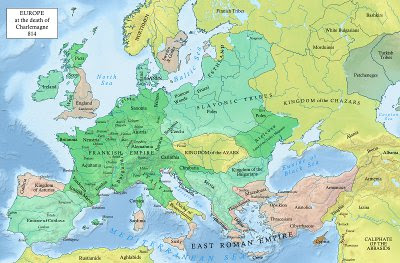 (From Hel-hama, via Wikimedia Commons, used w/o permission.)
(Kingdom of the Avars, and surrounding lands: 814.)
A dozen centuries back, a warlord brought order and a measure of stability to lands from Vasdomia to Chrobatia, and from the Kingdom of the Lombards to Jutland. For the first time since Rome's empire had dissolved, lands from the Mediterranean to the North sea had some hope of peace and stability.

We call this leader Charles the Great. Charlemagne is also known as Karl der Große, Carolus, and Karolus Magnus.
Charlemagne has been mythologized as a shining light of civilization, and a demonic slayer of 'true' Europeans. There's a very slight element of truth to both images.
Scholarship, arts, architecture, and literature, flourished during Charlemagne's reign. On the other hand, he gave those he conquered a choice: say that they were Christian, or die.

Some of my wife's relatives may have been among those who chose to die, rather than give up their pag…
Post a comment
Read more
More posts