Showing posts with the label palliative care
Show All

'He even makes the deaf hear.' Sunday Reflections, 23rd Sunday in Ordinary Time Year B 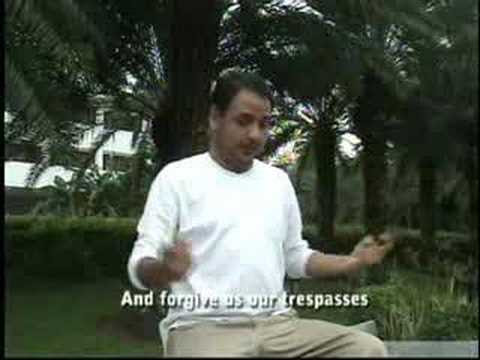 The Lord's Prayer in Filipino Sign Language Readings   (New American Bible: Philippines, USA) Readings (Jerusalem Bible: Australia, England & Wales, India [optional], Ireland, New Zealand, Pakistan, Scotland, South Africa)  Gospel  Mark 7:31-37   (Revised Standard Version – Catholic Edition) Then Jesus returned from the region of Tyre, and went through Sidon to the Sea of Galilee, through the region of the Decapolis. And they brought to him a man who was deaf and had an impediment in his speech; and they besought him to lay his hand upon him. And taking him aside from the multitude privately, he put his fingers into his ears, and he spat and touched his tongue; and looking up to heaven, he sighed, and said to him, "Ephphatha," that is, "Be opened." And his ears were opened, his tongue was released, and he spoke plainly. And he charged them to tell no one; but the more he charged them, the more zealously they proclaimed it. And they were asto
Post a comment
Read more
More posts