Showing posts with the label ewtn television
Show All

A Papal Pilgrimage in the Holy Land: NEW Series 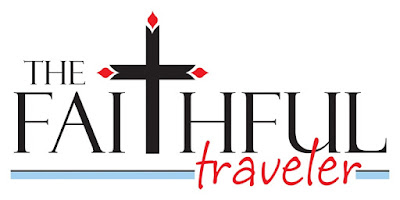 Diana von Glahn - also know as  The Faithful Traveler  -- visits A Seeking Heart with Allison Gingras ( BreadboxMedia) to discuss her new MAGNIFICENT series:  A PAPAL PILGRIMAGE IN THE HOLY LAND  We look at the 3 main locations featured in the series:  Jordan, Bethlehem and Israel​ We learn how Diana came to produce  A Papal Pilgrimage in the Holy Land Hear about the SUPER embarrassing thing I did concerning Diana back in 2008 Let your mouth water as Diana shares some of the amazing Holy Land meals and treats  Did you know why Pope Francis made this historic trip?  Diana makes some compelling arguments  for joining her some day on a pilgrimage  to the Holy Land .... you will be sold too!!   To READ MORE - or listen to Diana's Podcast visit:  Reconciled To You / Radio Show All Rights Reserved, Allison Gingras 2016
Post a comment
Read more

Man Up! on EWTN this week

Jared Zimmerer, author of Ten Commandments of Lifting Weights and Man Up! Becoming The New Catholic Renaissance Man is currently on EWTN's Women of Grace television series with Johnnette Benkovic in a 5-part series about Catholic men .   Man Up! Becoming The New Catholic Renaissance Man received honorable mention in the 2015 Catholic Press Awards for Gender Issues and speaks well to the dilemma facing men in general today. The ideas of heroism, virtuous living, and recognizing and honoring what masculinity truly is are central to Jared's work.   Jared himself has wide appeal as both a man of intellect and a man of physical strength. He builds his body as well as his spirit and in that way walks the talk quite well. Contributors to Man Up! include Deacon Harold Burke-Sivers, Kevin Lowry, Kevin Vost and other great voices for our times. The foreword is offered by Fr. Dwight Longenecker.   The Women of Grace episodes are available to watch online if you aren'
Post a comment
Read more
More posts