Showing posts with the label Blogs
Show All 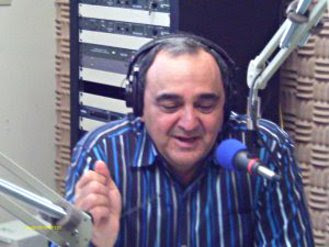 "We are pleased to announce the debut of Finding God’s Grace beginning the January 7th on the Living Bread Radio Network, WILB 1060AM in Canton, Ohio and WILB-FM 89.5 in Boardman/Youngstown, Ohio. The program will also be available from Itunes, Stitcher, Tune-in Radio and Podbean, and here at http://tonyagnesi.com.

Finding God's Grace is a one hour weekly interview program featuring Catholic guests from around the globe with interesting, compelling stories...." That's the entire post. If you want to see it on A Catholic Citizen in America (catholiccitizenamerica.blogspot.com), it's there, too: "Ne…
1 comment
Read more 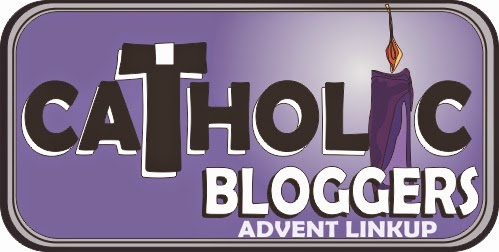 There's a new item on the blogroll:
Catholic Bloggers NetworkCatholic bloggers, making a difference on the World Wide Web

I added "Advent: Another Year of the Long Watch" to this year's Catholic Bloggers Advent Linkup.

Their 2014 Catholic Bloggers Blitz is another good idea: but I don't remember participating.

New on the Blogroll: Homeschooling Works

By Brian H. Gill - November 27, 2014
There's a new item on the blogroll:
Homeschooling Works"...Here you will also find interesting topics about, health, science, family life, religion, spirituality and much more!..." That's it. That's the entire post. But if you want to see what it looks like on A Catholic Citizen in America, this is the link.
Post a comment
Read more

By Brian H. Gill - November 23, 2014
There's a new item on the blogroll:Training Happy Hearts"Join us as we journey along in training up our children (and ourselves!) to live fully, love deeply and learn passionately, with faith that promises (and delivers!) truly happy hearts." That's the entire post. There are more at A Catholic Citizen in America.
Post a comment
Read more

New on the Blogroll: #CathBlogsGPlus

By Brian H. Gill - October 07, 2014
There's something new on the blogroll:#CathBlogsGPlus
On RebelMouse"We are glad you are here. Join us to read the best Catholic Bloggers around. Grab your coffee, tea or beverage of choice and visit for a while."A tip of the hat to Cyndi Marlow, on Google Plus.
Post a comment
Read more

New on the Blogroll: Four Blogs and a Vlog

By Brian H. Gill - July 27, 2014
I've added four blogs and a vlog to the blogroll:
Adoro Ergo Sum" 'STRIVE to enter by the Narrow Gate...' Luke 13:24"Can We Cana? A Community to Support Catholic Marriages"Marriage needs at least three different kinds of support: preparation, prayer, and practical advice. Through this blog, I'm trying to offer all three. Please join in the community and add to the conversation, so that we can all support each other."Filling my Prayer Closet"A life of conversion. One prayer at a time."Kate -N- Mike - Catholic Crusade (YouTube)"Bringing Forth the Geed News of Christ in Our Own Crazy Way!"My Blog at tonyagnesi.com"Finding God's Grace in Every Day Life" A tip of the hat to Tony Agnesi, on Google Plus, who indirectly introduced me to these blogs.

I also updated the blogroll's other links.
That's the whole post. If you want to be sure I didn't miss something, Check out the original at A Catholic Citizen in Ame…
Post a comment
Read more

By Brian H. Gill - June 07, 2014
As long as I was changing A Catholic Citizen in America's display format, I thought about switching to a white background for posts. I've read, and believe, that black text on a white background is easier to read than what you see here.

However, since I've used alternative text colors in a few posts: sticking with the bright letters/dark background seemed prudent.

Not much has changed here, apart from wider posts.... 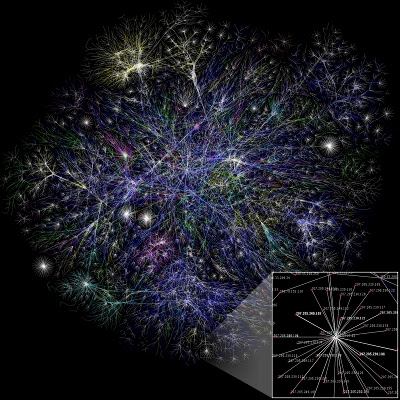 Developing and using technology is part of being human. But if we don't use our brains, even basic tech can hurt us.

The Internet: Sharing Information Around the World
(From Matt Britt, via Wikimedia Commons, used w/o permission.)
("Partial map of the Internet based on the January 15, 2005 data found on opte.org....") 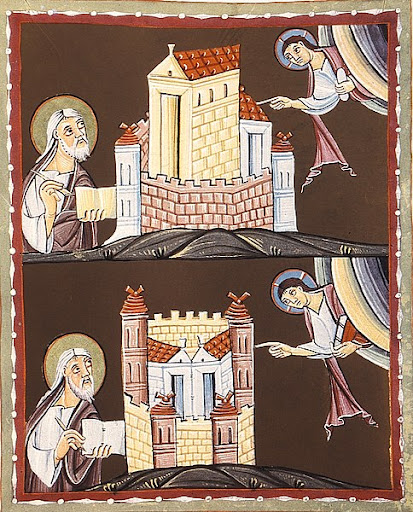 Everyone has an idiolect--a collection of personal speech habits that is different from anyone else's. Have you ever thought about your spiritual idiolect? Since your soul is unique, you have a personal way of speaking to God that no one else completely shares. Today I am announcing the creation of a new blog that will help you find and fine-tune your spiritual idiolect.

Catholic Spirituality Blogs Network is a community of Catholic bloggers who have come together to promote growth in Christ. Each of us has his or her own blog on authentic Catholic spirituality. Some of us are Carmelites. Others are Benedictines. Some practice Ignatian spirituality. Others' blog posts are more eclectic. We hope that by sharing our spiritual idiolects, you will find yours.

You have a secret name known only to God Jesus told the Apostle John, "To him who conquers I will give some of the hidden manna, and I will give him a white stone, with a new name written on the stone which n…
Post a comment
Read more
More posts