Showing posts with the label Herbert Miller
Show All

'It means entering into a dynamic of sacrificial love . . .' Sunday Reflections, 21st Sunday in Ordinary Time, Year B 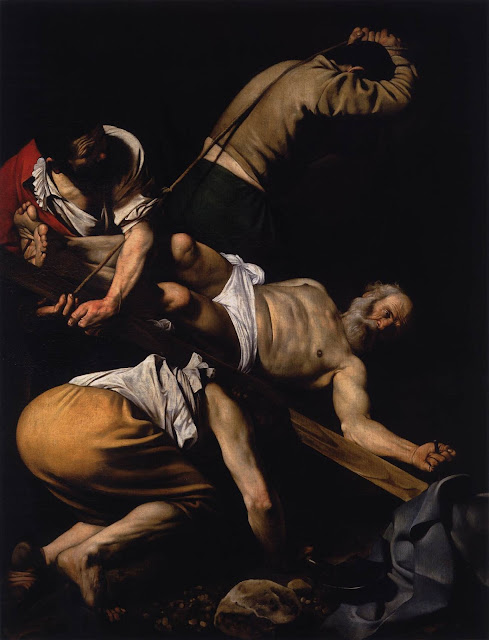 The Crucifixion of St Peter, Caravaggio [Web Gallery of Art]

Readings(New American Bible: Philippines, USA)
Readings(Jerusalem Bible: Australia, England & Wales, India [optional], Ireland, New Zealand, Pakistan, Scotland, South Africa)
GospelJohn 6:60-69 (New Revised Standard Version, Anglicised Catholic Edition)
When many of Jesus’ disciples heard it, they said, ‘This teaching is difficult; who can accept it?’ But Jesus, being aware that his disciples were complaining about it, said to them, ‘Does this offend you? Then what if you were to see the Son of Man ascending to where he was before? It is the spirit that gives life; the flesh is useless. The words that I have spoken to you are spirit and life. But among you there are some who do not believe.’ For Jesus knew from the first who were the ones that did not believe, and who was the one that would betray him. And he said, ‘For this reason I have told you that no one can come to me unless it is granted by the Father.’ Because of this…
Post a Comment
Read more
More posts