Showing posts with the label Turin
Show All

'We should never just scrape by, but really live'. Sunday Reflections, 25th Sunday in Ordinary Time, Year B 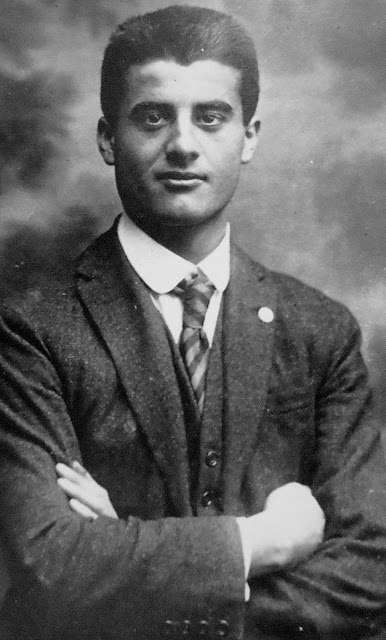 Blessed Pier Giorgio Frassati   [ Wikipedia ] (6 April 1901 - 4 July 1925) Whoever wants to be first must be last of all and servant of all. Readings   (New American Bible: Philippines, USA) Readings   (Jerusalem Bible: Australia, England & Wales, India [optional], Ireland, New Zealand, Pakistan, Scotland, South Africa) Gospel  Mark 9:30-37 ( New Revised Standard Version, Anglicised Catholic Edition) They went on from there and passed through Galilee. Jesus did not want anyone to know it;  for he was teaching his disciples, saying to them, ‘The Son of Man is to be betrayed into human hands, and they will kill him, and three days after being killed, he will rise again.’  But they did not understand what he was saying and were afraid to ask him. Then they came to Capernaum; and when he was in the house he asked them, ‘What were you arguing about on the way?’  But they were silent, for on the way they had argued with one another about who was the greatest
Post a comment
Read more
More posts