Showing posts with the label language
Show All

Names and THE Name 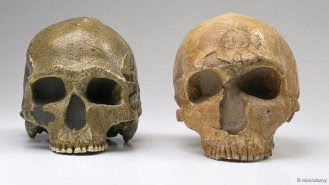 Neanderthals apparently had bigger eyes than folks living today. One scientist says that means they didn't play well with others. Bonobos , chimps living south of the Congo River, squeak. The squeaks are the same, whether they're happy, sad, or angry — and may tell us something about how language developed.... ...I think accepting God's universe 'as is' makes sense, so I'll ramble on about hubris, movies, and St. Thomas Aquinas, before discussing Neanderthals and squeaking bonobos .... More at A Catholic Citizen in America .
Post a comment
Read more 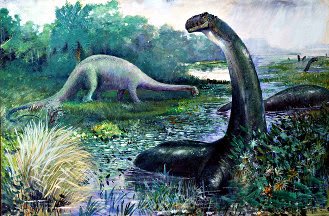 Human remains in Sima de los Huesos/Pit of Bones show evidence of a lethal attack — 430,000 years ago. On the 'up' side, evidence of human compassion goes back 1,800,000 years. The sauropod we've called "Brontosaurus" has that name again, probably, which gave me an excuse to mention Gertie the Dinosaur and Anne Elk's Theory on Brontosauruses.... More at A Catholic Citizen in America .
Post a comment
Read more 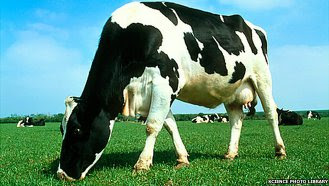 Bovine tuberculosis may not be a big problem, if Ministry of Agriculture in Northwest A&F University, Yangling, research pays off. Meanwhile, we may be learning who made Europe look and sound the way it does today: and scientists at the Max Plank Institute discovered how a uniquely-human gene helps our brains grow.... I've seen attitudes toward science and technology shift, quite a bit. I grew up when quite a few folks still thought human ingenuity would solve all our problems: or at least make "the future" a magical place to live.... More at A Catholic Citizen in America .
Post a comment
Read more
More posts