Showing posts with the label Acts of Kindness
Show All

Dealing with the problems in our country: One person, one step at a time

This is my most recent column in The Catholic Free Press : Our son called the other day to share a lovely story about a former student. Until recently Stephen had been a pre-school teacher in Brooklyn, NY. Although he had neither experience nor background in education, he took the job because he was desperate, having been unemployed for months. Even as he fumbled in the dark with no idea as to what he was doing, Stephen managed to touch the life of a then 3-year-old boy. Surprising encounter Stephen knew well the thankless nature of teaching. So imagine his surprise when the now five-year-old boy recognized him on the street and ran up to him, throwing his arms around him. The family followed up with a phone call and Stephen is planning an outing with them as a result. Give what little we have We never know how we will affect other people’s lives. We think we have to be experts; my son’s experience says otherwise. We don’t need to know anything—we just need to be open and v
Post a comment
Read more

An interview with The Priests at St. John’s Food Pantry: International singing stars with the hearts of servants 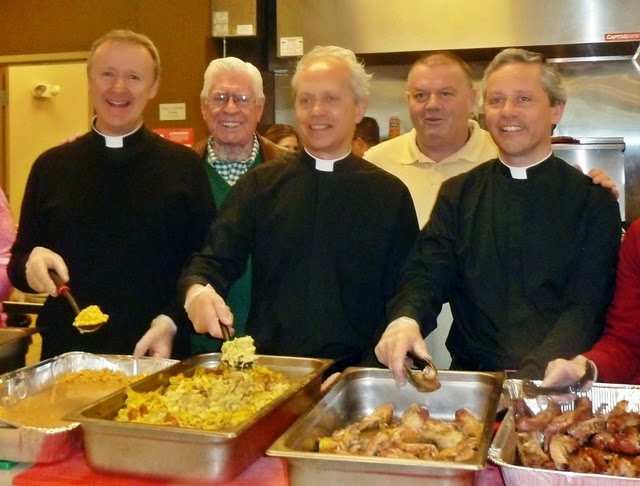 Originally published in The Catholic Free Press on April 3, 2015 ********************************************************************************** WORCESTER–March 27, 2015. It was not your typical Friday at St. John’s Food Pantry in Worcester. As some five hundred of the city’s poor streamed in for a hot meal, three new faces greeted them. These men radiated warmth and kindness as they dished up generous portions of scrambled eggs with ham, Belgian waffles, and various meats and vegetables to grateful patrons. Surprise guests Most could not have guessed that they were being served by world famous singing stars The Priests. That very night the critically acclaimed group would give a concert at the Hanover Theater to a near capacity crowd. Click here to continue reading. There are two videos of The Priests plus an audio version of the full interview.
Post a comment
Read more
More posts