Showing posts with the label Wine contamination with arsenic
Show All

In The News: “Arsenic Found in Many U.S. Red Wines, but health risks depend on total diet” 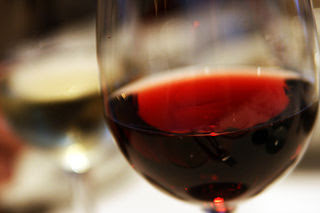 Sixty-four wines (of the 65 wines tested) from America’s top four wine-producing states had arsenic levels that exceed what’s allowed in drinking water. … According to the report, water (for drinking) is not allowed to contain mo re than 10 parts per billion of arsenic, while the wines tested averaged 24 parts per billion (ranging 10 to 76 parts per billion); Oregon with the lowest concentration. But the likely health risks will probably depend on how many other arsenic-containing foods and beverages one consumes… >> Click Here to Read More at: The Way To Nourish For Life >>
1 comment
Read more
More posts