Showing posts with the label Fr Keith Gorman
Show All

'We must obey God rather than any human authority.' Sunday Reflections, 3rd Sunday of Easter, Year C 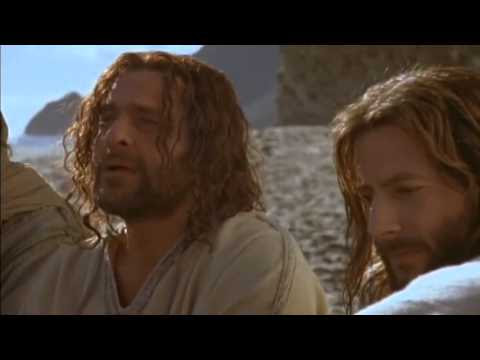 The Gospel of John   (2003) Directed by Philip Saville Narrator: Christopher Plummer [Today's Gospel ends at 5:00] Readings   (New American Bible: Philippines, USA) Readings   (Jerusalem Bible: Australia, England & Wales, India [optional], Ireland, New Zealand, Pakistan, Scotland, South Africa) Gospel   John   21:1-19 [or 21:1-14]( New Revised Standard Version, Anglicised Catholic Edition, Canada)     After these things Jesus showed himself again to the disciples by the Sea of Tiberias; and he showed himself in this way.  Gathered there together were Simon Peter, Thomas called the Twin, Nathanael of Cana in Galilee, the sons of Zebedee, and two others of his disciples.  Simon Peter said to them, ‘I am going fishing.’ They said to him, ‘We will go with you.’ They went out and got into the boat, but that night they caught nothing. Just after daybreak, Jesus stood on the beach; but the disciples did not know that it was Jesus.  Jesus said to them, ‘
Post a comment
Read more
More posts