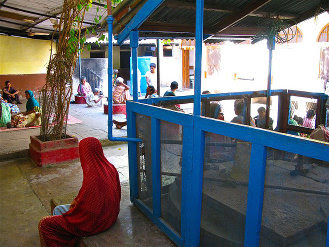 Mother Teresa of Kolkata /Calcutta gets canonized today. Here's how she described herself: "By blood, I am Albanian. By citizenship, an Indian. By faith, I am a Catholic nun. As to my calling, I belong to the world. As to my heart, I belong entirely to the Heart of Jesus." (" Mother Teresa of Calcutta (1910-1997), ," vatican.va ) She established the Missionaries of Charity in 1950 and died in 1997, but the Missionaries of Charity are still around: giving “ wholehearted free service to the poorest of the poor ." Their facilities don't look much like Mayo Clinic here in Minnesota, or Bumrungrad International Hospital in Thailand; and that's another topic. One of these days I'll probably ramble on about Saints, miracles, and canonization. But today I'll say that a Saint is someone recognized by the Church as someone who practiced heroic virtue and is currently dead, and leave it at that. (Catechism of the Catholic Church, 828 , and s
1 comment
Read more

Why is my prayer so dry?

Anyone who practices mental prayer for any length of time will reach a dry period. Why does this happen? What can we do about it? Sometimes prayer is dry because we are sick, depressed, anxious, or over-tired. In such cases, dryness is usually very temporary. A little bit of reflection can point out the reason for it. But other times, life seems to be going fine until we get to prayer. Then everything seems to fall apart. Dryness in prayer can indicate that we’re growing closer to God, or it can indicate the opposite. How do we know if our dryness is related to spiritual growth? St. John of the Cross is the master teacher about darkness in the spiritual life. His classic works, The Ascent of Mt. Carmel and Dark Night of the Soul talk about two periods of darkness in particular. Many souls struggle with darkness or dryness when they are transitioning from the purgative way to the illuminative way–from St. Teresa of Avila’s third to fourth mansions. The second com
Post a comment
Read more

Dim Day of the Soul 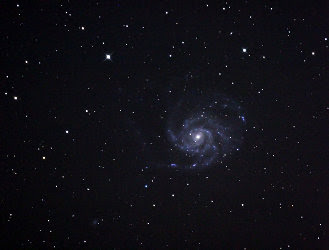 Sometimes it's easier to see at night. It depends on what you're looking for. " O guiding night! O night more lovely than the dawn! " (Translated from "Dark Night of the Soul," St. John of the Cross ) I decided that this year's Lent would be a good time to upgrade my prayer life. ( February 15, 2015 ) That could have been a topic for this post: except that I couldn't think of anything to say about it. Not that 'clicked.'... More at A Catholic Citizen in America .
Post a comment
Read more
More posts