Showing posts with the label designer babies
Show All

DNA evidence in a court case isn't new: but deer DNA in a poaching trial is.

Scientists who think this is a good idea may be right: at least for some versions of the new tech. 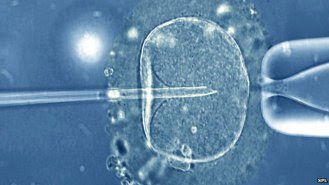 Malaria that's resistant to a very successful anti-malaria drug is spreading. The good news is that scientists know where this particular strain's immunity came from.

Other scientists say that "society needs to be prepared" for designer babies, and that "it is time for a serious public debate on the issue."