Showing posts with the label scavenger hunt
Show All 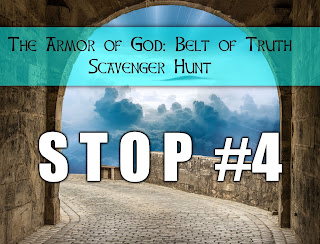 The Armor of God: Belt of Truth , by Theresa Linden, is the first in a new series of chapter books for young adults that teaches children the virtues! In this first installment, we meet George, a young lad of eight years, who longs to one day become a knight. However, there is much to learn, and just getting into knight school is a hurdle! Only the brightest get selected for such an honor. After two years of trying to get accepted into knight school, it finally happens! Now, George believes that all his dreams will come true. That is, until he almost burns down his home and lies to his parents as to how the fire started! This first lie resulted in future lies and everything begins to snowball on George. Because he accidentally started the fire, his parents needed to pay for the repairs. That meant that there wouldn’t be enough money to continue sending George to knight school. So, George concocts a plan with his classmates to poach a turkey to pay for his tuition. Then, he lies a
Post a comment
Read more
More posts