Showing posts with the label Dr Anca-Maria Cernea
Show All

Dr Anca-Maria Cernea, President of the Association of Catholic Doctors of Bucharest, Romania, speaks at the Synod on the Family 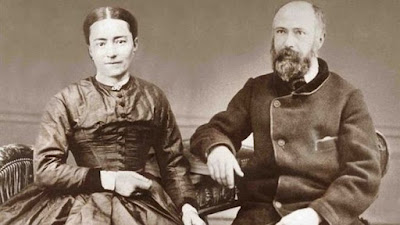 Sts Louis and Zelie Martin Canonized 18 October 2015 Dr Anca-Maria Cernea ,  President of the Association of Catholic Doctors of Bucharest (Romania), made the following intervention at the Ordinary Synod on the Family on Friday, 16 October. Dr Cernea spoke in English. I have added some  [comments]  and  emphases . Your Holiness, Synod Fathers, Brothers and Sisters, I represent the Association of Catholic Doctors from Bucharest. I am from the Romanian Greek Catholic Church. My father was a Christian political leader, who was imprisoned by the communists for 17 years.  My parents were engaged to marry, but their wedding took place 17 years later .  Full post here .
Post a comment
Read more
More posts