Showing posts with the label Eucharistic miracle
Show All 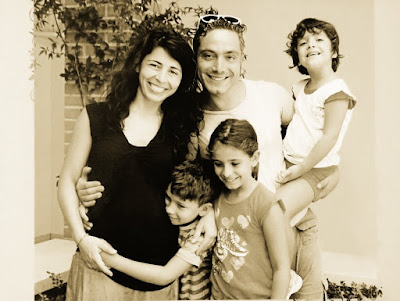 A special and touching story shared by guest blogger, Michelle Arnold Paine : In the evening of February 27, 2015, I received a text message from my dear brother in Christ Alessandro: his sister Elisa had delivered her baby, was in surgery and they were not sure she would survive. He was asking me to spread the request for prayer to our network of American friends, those who have been students or faculty for the  Gordon College in Orvieto  program over nearly 20 years. Quickly I emailed and called several faculty and former Orvieto students to ask for their prayers. A few hours later another text – the hemorrhage that had begun during the birthing process was continuing and she was fighting for her life.   Through the night I was up several times nursing my own five-week-old baby, and that night checked my phone frequently. The next day, Saturday, we found out... read more
Post a comment
Read more 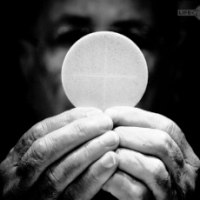 T oday is the Solemnity of the Body and Blood of Christ (Corpus Christi) in the Catholic Church.  I am reminded of something I got to experience a little over twenty years ago. When I was in college, I had the privilege of witnessing a Eucharistic miracle. The semester had just started and it was around the second week of September, in 1991. I was on my way to class and my roommate was passing me in the middle of campus as she was coming back from class. She asked me if I would like to go see a Eucharistic miracle.  I said, "Sure!"  She told me that she and a friend would pick me up when I got out of class.  I really didn't know at that time what I was saying yes to, but I was always up for an adventure and I did not have anything else going on. Like she said, they picked me up right after class and there was one other girl that my roommate knew that was in the car as well. I thought we were going to go see a Eucharistic miracle that was on public display but as we were
Post a comment
Read more
More posts