Showing posts with the label Centering Prayer
Show All

Centering Prayer and the CDF, Part 1

By Unknown - July 29, 2016
In 1989, the Congregation for the Doctrine of the Faith (CDF) issued  Letter to the Bishops of the Catholic Church on Some Aspects of Christian Meditation.  Cardinal Ratzinger, later Pope Benedict XVI, signed the document. The Latin title is   Orationis formas (OF).  Its purpose: “[M]any feel the need for sure criteria of a doctrinal and pastoral character which might allow them to instruct others in prayer, in its numerous manifestations, while remaining faithful to the truth revealed in Jesus, by means of the genuine Tradition of the Church. This present letter seeks to reply to this urgent need, so that in the various particular Churches, the many different forms of prayer, including new ones, may never lose their correct personal and communitarian nature.”  (OF  no. 1) It goes on to detail several problems found in modern prayer methods. Read the rest at Is Centering Prayer Catholic?
Post a comment
Read more

Moving beyond good and evil?

By Unknown - July 13, 2016
Much of the discussion about Centering Prayer appears mundane. What’s the big deal anyway? Why can’t people just pray however they want? Even I sometimes question whether I could spend my time better than in challenging these teachings. Then along comes a statement from a Centering Prayer “guru” that is so outrageous it puts everything into perspective. Such a statement was shared with me today. Watch this video, which was released last month by the Garrison Institute, for which Fr. Thomas Keating is a spiritual adviser. Pay close attention from about 45 seconds until 1 minute 6 seconds. He’s a bit hard to hear and understand, so turn your volume all the way up. Watch the short video and read my commentary on it here.
Post a comment
Read more 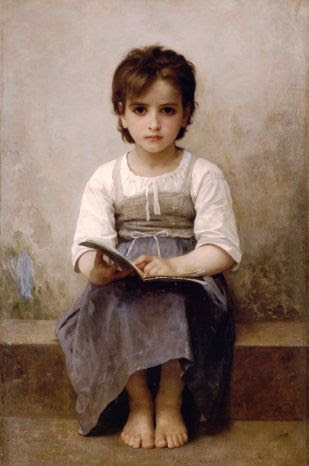 One Centering Prayer practitioner wrote to me in an online conversation, “In this information age of constant texting and tweets I think Centering Prayer is a very practical way to do ‘be still’ and surrender in God’s presence; it’s helped me to detach from negative thoughts and feelings…” This is a common assertion, one I’m sympathetic to. We certainly do have too much “noise” in our world–not just beeps and drum beats, but also texts and pop-ups and real-time videos. The over-abundance of sensory stimulation distracts us from focusing on God in prayer. How can we be free of such distracting thoughts? Continue reading at Is Centering Prayer Catholic?
Post a comment
Read more 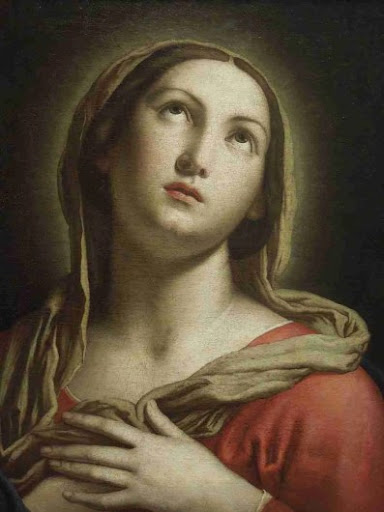 Centering Prayer practitioners are often very sincere people who are seeking a closer relationship with God. For some, a Centering Prayer group at church was their first introduction to the idea of cultivating a deep prayer life. Others have read the saints’ works about prayer, but have not understood them. Both groups are vulnerable to false teachings about prayer. Unfortunately for them, they are taught a skewed interpretation of the saints, the fathers, and even the Catechism. Theses errors take root. People become emotionally attached to their method of prayer. It is very difficult to convince them that the practice is not in line with Catholic tradition. Continue reading at Contemplative Homeschool.
Post a comment
Read more 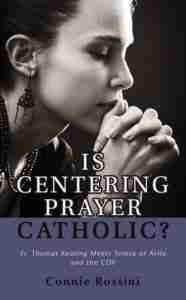 “What is Centering Prayer? What are its origins? Is it a form of New Age meditation, or a thoroughly Catholic prayer method that can lead to contemplation? Connie Rossini digs into the writings and public statements of Fr. Thomas Keating, one of Centering Prayer’s foremost proponents. She compares his words with the writings of St. Teresa of Avila on prayer, and the Congregation for the Doctrine of the Faith on New Age spirituality. Find out if Centering Prayer is a reliable method for union with God, or a counterfeit that Catholics should avoid.” Announcing… Is Centering Prayer Catholic? Fr. Thomas Keating Meets Teresa of Avila and the CDF .  A new book  by Connie Rossini. Continue reading at Contemplative Homeschool.
Post a comment
Read more 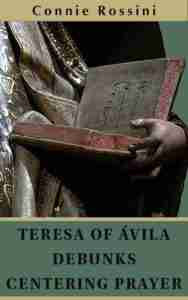 I recently decided to dig deeper into understanding Centering Prayer, so I could advise readers on it. I bought Fr. Thomas Keating’s book Open Heart, Open Mind and wrote a review that will appear at SpiritualDirection.com in September. But one blog post was not enough. The errors in this book were so many and so serious, I decided it needed a more thorough response. So I am writing a quick ebook called Teresa of Avila Debunks Centering Prayer. It should be ready for publication in a couple of weeks. Here is an excerpt, on Centering Prayer’s errors about God. It still needs to be edited, so please excuse anything my editor/husband would refer to as “infelicities.” The first error concerns the distinction between God and man. Continue reading at Contemplative Homeschool.
1 comment
Read more

Prayer in the second mansions 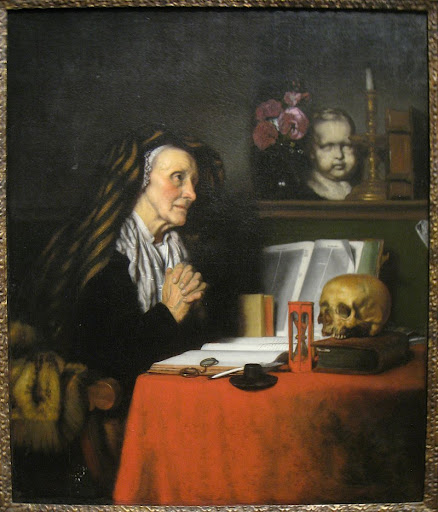 Reading Interior Castle by St. Teresa of Avila, we might find ourselves surprised. The Church has proclaimed Teresa a Doctor of Prayer, but the first part of her master work on the subject barely mentions prayer! If prayer is so vital to the spiritual life, why hasn’t she said more about it? How can we grow into the later stages if she doesn’t tell us what to do in the early ones? The first thing we need to get clear is that for Teresa prayer and virtue grow together, no matter where we are in the seven mansions. Some people think that everyone can be contemplatives, regardless of their lifestyle. This is one of the basic problems with Centering Prayer , as we discussed a few months ago. Real growth in virtue takes commitment to prayer Others have the opposite problem. They think that if they are living a moral life, that’s all they need. Not committed to prayer, they think they are nonetheless spiritually advanced, so they see no reason to start praying more faithfully. Th
Post a comment
Read more

The silence of detachment (Part 3 of 3) 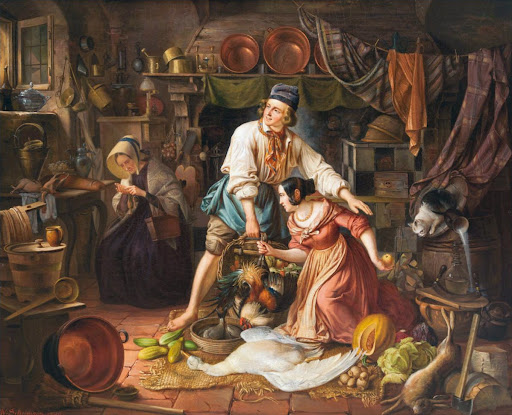 Does your heart look like this pantry? Two weeks ago I began a series on whether we should sit quietly during prayer. Part 1 talked about the false silence of Centering Prayer . Part 2 talked about Teresa of Avila’s teaching on prayer and silence. Today I’d like to talk briefly about the silence of detachment. If we want God to enter our lives in a significant way, we must make room for Him. He never forces Himself on anyone. Counterfeit spiritual silence can exist alongside mortal sin. But sin is incompatible with union with God. The writer to the Hebrews urges us: Therefore, since we are surrounded by so great a cloud of witnesses, let us also lay aside every weight, and sin which clings so closely, and let us run with perseverance the race that is set before us, looking to Jesus the pioneer and perfecter of our faith, who for the joy that was set before him endured the cross, despising the shame, and is seated at the right hand of the throne of God.” (Heb 12:1-2)
Post a comment
Read more

Should we sit quietly during prayer? (Part 1 of 3) 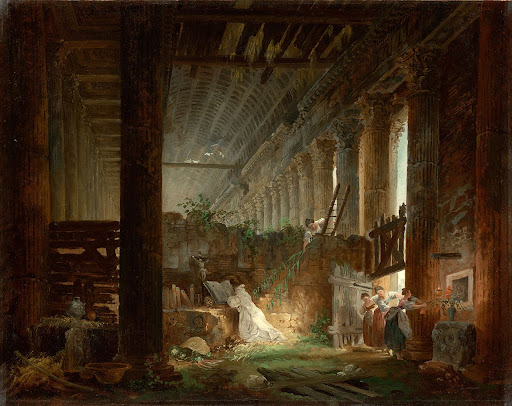 A Hermit Praying in the Ruins of a Roman Temple by Hubert Robert Last week I wrote about St. Teresa’s of Avila’s method of mental prayer. Today I want to discuss misunderstandings about prayer from a different angle. Since we desire contemplation, should we sit still in prayer and wait for it? Should we try to make it happen by quieting our minds? Like last Friday’s post, this series speaks to the differences between Carmelite teaching and Centering Prayer, yoga, and other types of meditation influenced by eastern religions. Some people falsely equate silence with supernatural (infused) contemplation. They read about the need for interior silence in prayer, and they mistakenly think that if they sit quietly, God will necessarily bestow contemplation upon them. They equate the peace they find in silence to communion with God. The Vatican has cautioned us about certain methods of prayer In 1989, Cardinal Joseph Ratzinger (later Pope Benedict XVI), as head of the
Post a comment
Read more

St. Teresa's Transverberation by Joefa de Obidos (Wikimedia Commons Last winter on social media, I came across another Catholic author who was promoting yoga. Not as an exercise program, but for spiritual growth. I was shocked. I asked her why she wasn’t promoting prayer instead. She answered, “Meditation is prayer!” Nope. Two months ago, my brother forwarded an email from a colleague, asking about Centering Prayer. A friend was pushing it relentlessly. I looked at the website of the Catholic group that promotes Centering Prayer and found this in the FAQs: This form of prayer was first practiced and taught by the Desert Fathers of Egypt … the Carmelites St. Teresa of Avila, St. John of the Cross and St. Therese of Lisieux… Nonsense. The other day a new reader asked in the comments about meditating on Sacred Scripture. “Is this the same as the method of Fr. John Main, who has adapted an Eastern mantra method for Christian meditation?” Uh-uh. I have written a
1 comment
Read more
More posts